Serena Williams is finally addressing her mysteries illness. She tells the BBC that she was on her deathbed and that she wouldn’t even get out of bed some days. Serena has emergency surgery for a hematoma and had suffered a pulmonary embolism. Serena thinks this all happened from a cut on her foot…so weird! Wow, right?

“I’m so excited to be back,” she told the BBC. “I was on my death bed at one point — quite literally.”

“To this day I don’t really know the full details of what happened,” she said. “I was with my nephew and my hitting partner and we were just leaving a restaurant. I was walking and just felt something. I kept walking and it was definitely glass there. There was a massive puddle of blood. I ended up fainting and needed stitches in both feet.”

“At first people said it would be fine, it would be all right but it turned out to be a lot more serious,” she said. “If it had been left two days later it could have been career-ending — or even worse. They told me I had several blood clots in both lungs. A lot of people die from that.”

She continued, “It got to the stage where it felt like I could hardly breathe. Some days I didn’t get out of bed at all. I just laid on a couch thinking ‘why has this happened to me?'”

Williams underwent surgery in February due to the mystery illness.

“This has given me a whole new perspective on life and my career — and not taking anything for granted,” she said. “I’m just taking one day at a time. I’m not preparing for today or for Wimbledon. I’m preparing for the rest of my career.” 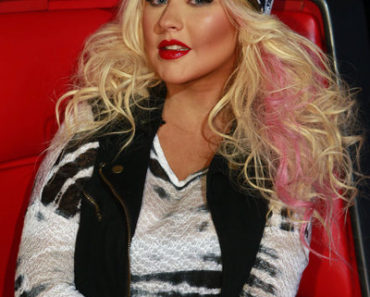