Call her Mrs. Pitt!!! Angelina Jolie and Brad Pitt were married on Saturday in France, their Rep confirms. The AP is reporting the couple were wed in a small chapel surrounded by just close family and friends. The super private event occurred in Chateau Miraval, France, but the couple had already obtained a marriage license in California. Now that’s how you do something in secret!!

The couples six children were of course in the wedding. Angelina was walked down the aisle by Maddox and Pax her eldest sons, Zahara and Vivienne threw petals while Shiloh and Know were ring bearers…how cute!

Angelina Jolie and Brad Pitt were married Saturday in Chateau Miraval, France, says a spokesman for the couple.

Jolie and Pitt wed Saturday in a small chapel in a private ceremony attended by family and friends. In advance of the nondenominational civil ceremony, Pitt and Jolie also obtained a marriage license from a local California judge. The judge also conducted the ceremony in France.

The couple’s children took part in the wedding. Jolie walked the aisle with her eldest sons Maddox and Pax. Zahara and Vivienne threw petals. Shiloh and Knox served as ring bearers, the spokesman says.

The couple met on the set of 2005’s Mr. & Mrs. Smith and became a couple soon after Pitt’s split from Jennifer Aniston. They became engaged in 2012. 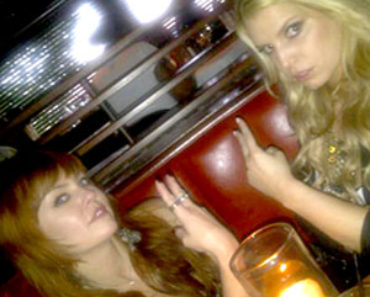