That would be kinda crazy if Teen Mom Maci Bookout moved to Hollywood with Bentley and Kyle to do a reality show with Bristol Palin. They were both teen moms, but what could the show be about if Maci already does Teen Mom for MTV…wouldn’t it be the same thing?

Maci Bookout might be tired of the small town life! OK! magazine is reporting that the 19-year-old Teen Mom reality star has been looking for a â€œsmall three-bedroom houseâ€ in West Hollywood! A source close to Maci is saying that she is planning on taking her 2-year-old son Bentley with her so that she can film a spin-off show with Bristol Palin!

â€œMaci is 100 percent confirmed to do her own spin-off,â€ said a source. â€œRight now itâ€™s in the early stages.â€

Maci and Bristol met at the Candieâ€™s Foundation Event to Prevent Teen Pregnancy in in NYC this past May and Bristol even admitted that they have a ton in common.

â€œI feel like Maci and I have the same situation,â€ she said in May.

But even though Maci was spotted looking at â€œaffordableâ€ houses in West Hollywood with her boyfriend Kyle King, her baby daddy, Ryan Edwards says he doesnâ€™t believe sheâ€™ll actually move.

â€œIâ€™ll have to wait and see if sheâ€™s serious,â€ he tell OK!. â€œShe says a lot of things that arenâ€™t true. But I wouldnâ€™t put it past her to move and take my son with her. Sheâ€™s always making selfish choices.â€ 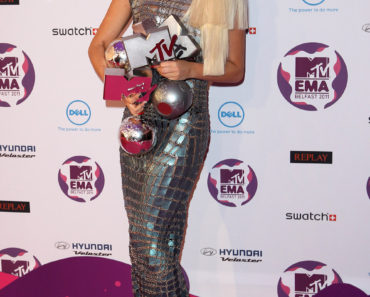