Talk about e NYC accident…Tracy Morgan was sitting in his parked Jaguar when he opened his door and a cyclist rode right into it! Tracy joked that the man was wearing allÂ blackÂ and barely visible…but he is ok and was taken to the hospital.

For a funnyman, he had poor timing. Tracy Morgan got into a minor car accident last night on the Upper East Side, when he swung open the door to his Jaguar and a deliveryman on a bike rode directly into it. The â€œ30 Rockâ€ star was sitting in his parked car on Third Avenue at around 8:30 p.m. when the unidentified bicyclist pedaled north and slammed into the silver vehicle. â€œI mean this guy was wearing all black,â€ Morgan told The Postâ€™s Kevin Sheehan. â€œIf you want to write a story about something, write a story about how these guys should wear lights or reflectors or something,â€ Morgan said as he waited for a tow-truck driver to arrive and fix his damaged door, which wouldnâ€™t close. Morgan, who said he was waiting for his trainer, was wearing gray cargo-style sweatpants and a leather vest with fleece trim. He said these types of accidents are nothing out of the ordinary for a native New Yorker. â€œThis kind of stuff happens all the time in the city. I grew up in the city. Iâ€™ve been dealing with this stuff for years. Brooklyn-born and -raised, Bed-Stuy do or die,â€ Morgan chanted before hopping into his car and taking off with the pretty brunette trainer. The deliveryman wasnâ€™t seriously hurt and was taken to a hospital for X-rays. 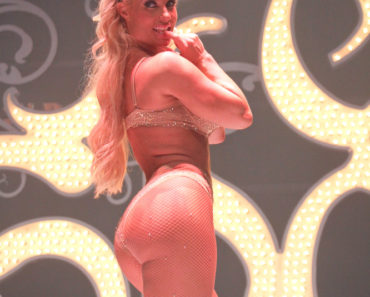