Usher was found guilty of violating the custody agreement of his two children, with former wife Tameka Foster. Usher was guilty of taking his sons out of Georgia or US without the consent of Foster. She claimed she often did not know where her children where when they were in the care of Usher.  He also canceled Foster’s Saks Fifth Avenue card that she need for her job as a stylists.

On Monday in Georgia, Usher was found to be in “willful contempt” for violating provisions of his and Tameka Foster’s 2009 settlement agreement. According to documents obtained by E! News, the singer violated the settlement provision that “neither party shall travel with the children outside the State of Georgia or the Continental United States without the express written consent of the other parent.” The settlement also required either parent to “provide travel dates, arrival and departure times, addresses and land line telephone numbers where the child will be maintained” to their other parent.

Tameka, the mother of Usher’s sons Usher Raymond V and Naviyd, testified that she “often did not know where her children were” and once found out they were in L.A. when she saw them on a red carpet. Testimony from one of the nannies revealed she was once put on a plane to Miami to visit with Usher, then met by security at the airport and taken to a hotel without knowing how to contact her children’s father.

Usher was also found to be in willful contempt of the provisions of the settlement requiring each parent have the right to information about all matters related to their sons’ health, education and extracurricular activities.

The “Yeah” singer was also found in contempt of court for violating the part of the agreement which requires him to pay Tameka’s nannies. He was ordered to pay $1300 to a former nanny.

He was also held in contempt of court for violating the provision of the settlement that required him to keep a certain Saks Fifth Avenue account open for Tameka. (Tameka maintains that she needs this special access card to do her job as a stylist.) He has been ordered to restate said account.

Usher is seeking full custody of his sons, claiming that Tameka is “incapable” of proper parenting. 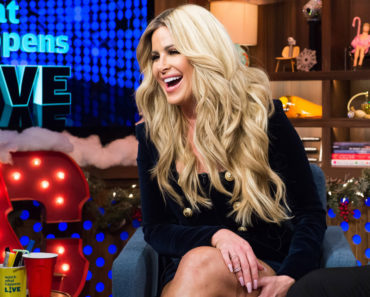