Winona Ryder, 80’s teen movie queen, has never been married! Who knew. The low-key actress confessed in a new interview her philosophy for never marrying! “I’m a serial monogamist. I was single for a while and dating and … I just didn’t know how to do it! But marriage? I don’t know. I’d rather never have been married than been divorced a few times. Not that there’s anything wrong with divorce, but I don’t think I could do it if that was a possibility. When your parents are madly in love for 45 years, your standards are really high. But I’ve been happily with someone for quite a while now.”

Ryder also talked about getting older in Hollywood. “I love getting older. I think it has to do with always being the kid on set,” she continued. “It’s interesting because, these days, [cosmetic surgery] is treated almost like hygiene. I’ve had people say to me, ‘Oh, you should, you know…’ and they point to my forehead. ‘Get that seen to!’ But I’m like, ‘No! I’ve been waiting so long for that to happen!’ I know actresses have a tough time because of their age – they’re just not getting hired. I know it exists. You’re the girlfriend, then you’re the mother. But I don’t see it as a bad thing – – it can be just as interesting, if not more so, than the leading-lady, ingénue phase.”

Winona was once engaged to Johnny Depp. 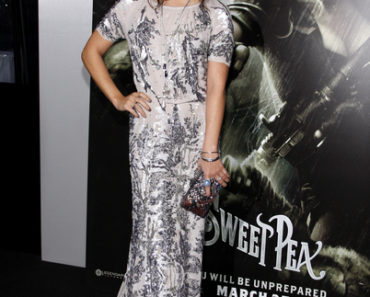