Adrienne Bailon’s former publicist, Jonathan Jaxson claims that the former Cheetah Girl leaked her own nude photos back in 2008. Jaxson reveales in his new tell-all book that the Disney darling wanted more fame like top socialites she knew (like Kim Kardashian) and asked for his help and he concocted a plan to claim her laptop was stolen and had it had nude photos on it but instead she leaked a set of her own leaked photos for real and then she blamed him for the leak which he denied and has proof…she was later released released from her Disney contract.

Disney darling turned D-lister Adrienne Bailon saw her career plummet after nude photos of her were leaked, and her former publicist claims it was all her fault — because she was the one behind the leak.

In a new excerpt from Jonathan Jaxson‘s upcoming tell-all book Don’t You Know Who I Am Yet? obtained exclusively by RadarOnline.com, Jaxson claims that the Cheetah Girl dreamed up the whole debacle.

Back in 2008, when Adrienne was dating Rob Kardashian, she “wanted to become as famous as the top socialites she knew at the time and asked for my help,” he wrote.

“She was a very sweet girl that desperately wanted out of the kid-focused Disney star-making machine. So we had concocted a plan where we would act like her laptop was stolen at the airport in New York and she was concerned because there were nude photos on there.”

Unbeknownst to Jaxson, he claims, Adrienne then took things a step further by actually releasing X-rated shots. And when she tried to blame him for the photos getting released, he showed Disney the emails proving she was in on it all along.

“After they saw the evidence, she was released from her Disney contract,” he wrote. “And her musical group, Cheetah Girls, was promptly removed from the Macy’s Thanksgiving Day Parade because of the scandal.”

Almost five years later, he’s revealing her involvement, he says, because, “Most people don’t realize that the stars often go along with, or as in this case, even suggest the publicity stunt.”

For more of Jaxson’s tales from inside the Hollywood machine, pre-order Do You Know Who I am Yet? here. Half of all pre-order proceeds will go to the Oklahoma Red Cross tornado relief. 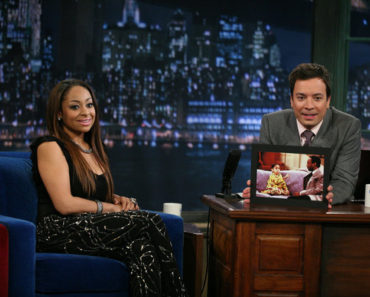