Casey Anthony has beenÂ ordered by a judge to return to Orlando to face her checkÂ fraudÂ case. HerÂ lawyerÂ was trying to keep her out of Florida but that doesn’t seem likely to happen. Casey will have to return within two weeks.

On Friday, Casey Anthony was ordered back to Orlando by a Florida judge to serve probation in her check fraud case.

Judge Belvin Perry ruled that Anthony must return within two weeks â€“ by Aug. 26 â€“ to serve one year of probation, but her address may remain confidential.

Her lawyers previously argued that it is too dangerous for her to return to the area.

Anthony, 25, was released from jail on July 17 after being acquitted of murderin the death of her 2-year-old daughter Caylee.

“Any requirement that she return to Orange County [would] put her in great peril, as well as impose a significant cost to taxpayers in securing her safety,” said papers filed by her lawyer Cheney Mason.

A birthday memorial was held on what would have been the little girl’s sixth birthday Wednesday. Casey’s parents, George and Cindy Anthony, attended while Casey remained in hiding.

Last year, Casey admitted to fraudulently using a checks to buy more than $400 worth of clothes and groceries in the month after Caylee disappeared.

So when Casey lands back inÂ Orlando…don’t expect her toÂ reachÂ out to her parents…Casey claims that her father molested her as a child, heÂ vehementlyÂ denies that claim!

“Casey Anthony will not be returning to her home,” her parents’ attorney, Mark Lippman, said in a statement released to PEOPLE. “George and Cindy Anthony do not have any idea where Casey Anthony currently is or where she will be living while she is on probation.”

Additionally, Lippman tells PEOPLE that the Anthonys are still recovering from the emotional trial. “They are really trying to move forward,” he said. “They have been through a lot, and they’re figuring out their next step.”

If they received a call from Casey, would they speak to her? “That depends on a lot of things,” Lippman said. “I don’t think they’d know what they’d do until it happened. And their answers would probably be different. Cindy might, but George might not.” 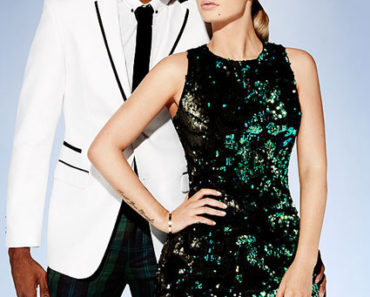