If you haven’t been living under a rock, then you will know the Manti Te’o ‘hoax’ story and in a nutshell (if you believe him), he met a girl, Lennay Kekua and online called her his girlfriend even though they never met and then she ‘died’ of leukemia only to be resurrected a few months later in December (and he knew it was a hoax and still told the story of his dead girlfriend)…who cares?well Te’o told the story to multiple media outlets as he is going for the Heisman Trophy, one of college football’s highest honor. Deadspin broke the story!

Now Nev Schulman and Max Joseph from MTV’s Catfish, about online relationships, have come to Te’o defense and even saying they plan to get to the bottom of the story. Was Te’o hoaxed or was he involved in the elaborate scheme to win people over (and Heisman judges). New tweeted,  “I am working on finding out more about this @MTeo_5 #Catfish story. I have been in contact with the woman involved and will get the truth.” Then he tweeted to Te’o, “I know how you feel. It happened 2 me. I want 2 help tell ur story & prevent this from happening to others in the future. Lets talk.”

Nev has been cracking Catfish stories ever since he was duped into a similar situation where a young female was not who she said she was. Nev has uncovered some info about the ‘case.’ “From what I gathered, and from some contact that has been made with me with people who have been involved in this story directly, I get the impression that this is a much larger scheme than he would have though.It doesn’t seem to me that he is in on it, although, of course, that is yet to be seen. I think, even though it seems hard to believe and he is a high-profile football player, he is just as vulnerable and susceptible to being Catfished as anyone. It appears as though someone created Lennay’s profile on Twitter, at the very least, and was engaged in relationships with people apart from Manti.”

“That’s definitely something that goes with what we’ve seen. They’re generally not one-off relationships with people who engage in Catfishing,” Max said. “People enjoy talking to more than one person, for various different reasons. When we meet them, they generally confess to doing it for a number of years and having spoken to anywhere from one to hundreds of people.”

Other tidbits: Photos of  Lennay Kekua were really stolen photos from Diane O’Meara

Some named, Ronaiah Tuiasosopo (auditioned for The Voice) seems to be involved in the hoax.

I really want to see how this pans out! Catfish is going to be HUGE now! Free publicity! 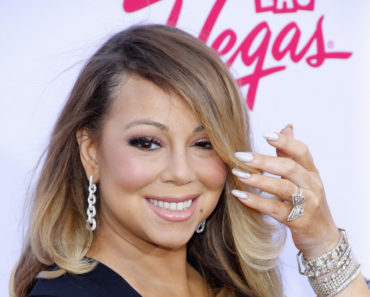