Charlie Sheen is just on a downward spiral but anyways let’s talk John Stamos. CBS and Warner Bros. are looking at John Stamos as a possible replacement for Charlie on Two and a Half Men. Les Moonves ( CBS Exec) was spotted chatting withÂ JohnÂ Stamos. Do you thinkÂ thatÂ could work out?

“They were at the bar talking and Les asked John if he’d be interested in replacing Charlie,” one source says. “It wouldn’t be to play Charlie’s character but they talked more about introducing a new character.”

There were rumors early last week that Stamos was in talks to take over for Sheen, butÂ Stamos tweeted on Friday, “Contrary to the rumors, I am not replacing Charlie Sheen onÂ Two and a Half Men. however,Â Martin Sheen has asked me to be his son.”

I’m told the conversation between the Moonves and Stamos lasted for about 15 minutes. It’s unclear if more formal conversations are set to take place, but a source reports that Moonves’ talk-show cohost wifeÂ Julie Chen and Paramount Pictures CEOÂ Brad Grey piped in, too. “They were all for it,” the source said. “They were saying how they think it could definitely work.”

And Charlie Sheen’s longtime publicist, Stan Rosenfield has quit. I probably would have done the same thing!

Stan released a statement saying, “I worked with Charlie Sheen for a long time and I care about him very much, however, at this time, I’m unable to work effectively as his publicist and have respectfully resigned.”

Sheen spoke with TMZ’s Mike Walters for nearly an hour, during which he briefly mentioned Rosenfield, talking about the handling of his post-Plaza escapade. 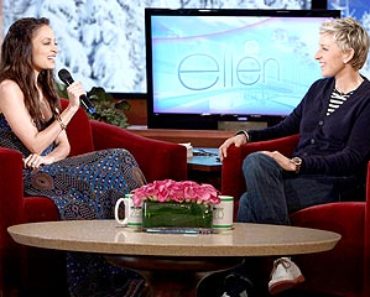