Home
Celebrities
TV Shows/Movies
Chelsea Handler on 50 Cent: “I love him, but we’re not dating”
Prev Article Next Article

Aww, Chelsea Handler just burst my bubble…it would have been awesome and hysterical if she dated him….awww!!!

Though she’s been linked to 50 Cent since early October, the 35-year-old comedienne seemed surprised when UsMagazine.com asked her about their fledgling romance at Wednesday’s Comcast TCA cocktail reception in Pasadena, Calif.

“People still think we’re dating? No! Really?” she askedUs. “He’s sweet, though. I love him, but we’re not dating.”

Not that Handler hasn’t done her part to fuel relationship rumors: after 50 Cent was spotted hanging out backstage at her Newark, NJ stand-up show, she tweeted a photo of herself in bed with the 35-year-old rapper in December.

“I don’t know if I can handle him, to be honest,” she told Us of their unexpected pairing. “I like to have fun and I’m really trying to not get into anything too serious.” 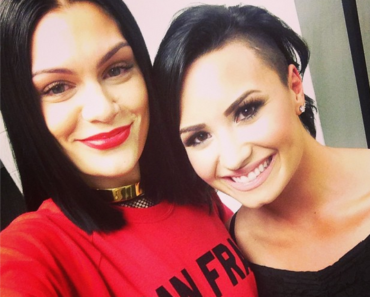