Chris Brown may have been involved in a club fight with Drake. Allegedly Chris and Drake (plus their crews) had a confrontation over Rihanna and Chris even posted a photo of his bloody chin on Twitter which he later removed (photo below). No arrests were made. Rihanna and Chris had been spotted at the same NYC clubs this week (at the same time), but it looks like Rihanna was not at the club during the fight.

Chris Brown was left with a nasty wound after a confrontation with Drake and his entourage early this morning in NYC.

TMZ has confirmed with DCPI that the two singers and their crews got into it at WIP nightclub in New York — and that 5 people were left injured from the violent outburst.

NYPD arrived on the scene shortly after receiving a call between 4 and 5am. Chris and Drake were not present when cops arrived.

We’re told there were no critical injuries … just bumps, bruises and lacerations. No arrests were made.

Brown tweeted the photo above after the fight, showing a cut on his chin. He also reportedly tweeted the message “How u party wit rich n**** that hate? Lol… Throwing bottles like girls? #shameonya!” — though both the photo and message have since been removed.

There are reports that the two started throwing blows (and bottles!) over Chris’ ex girlfriend, Rihanna, who Drake is also rumored to have hooked up with … but we have not confirmed these reports.

Update (according to Cotten Kandi),

The fight may have not originated with Chris Brown and Drake, but with rapper Meek Mill and Chris and Drake later joined in.

One attendee tells Cotten Kandi exclusively, Meek Mill was actually the one who threw the first bottle. A few members of Drake’s camp joined in and Chris Brown’s entire entourage became enraged reacting angrily by throwing their own bottles.

Another source reports it was actually Meek Mill and Fabolous who were at odds. Drake and Chris Brown, who are said to not like each other, were unfortunately caught in the cross fire.

Many have also speculated the fight was sparked by a beef among the three rappers (Brown, Drake, and Meek) over singer Rihanna. It’s no secret Chris and Drake have had a long dispute since Brown and Rihanna’s relationship came to an abrupt end back in 2009 when he assaulted her. She was reportedly engaged in a very short-lived and rebound relationship with Drake soon there after. Most recently Meek Mill became apart of the beef when he was dropped from one of Chris’ records said to appear on his not yet released ‘Fortune’ album. Meek is said to believe he was taken off the album over rumors he and Rihanna had also been involved.

GossipCop  has bloody photos from the fight!

According to TMZ,  Drake never laid hands on Chris Brown but…the two former flames of Rihanna and their crews were trash talking each other. But the fight did not break out over Rihanna.

Drake is adamant … he is not responsible for the bloody gash on Chris Brown’s face … claiming he was simply leaving the nightclub when the brawl broke out … but sources tell us, the fight started after Chris Brown and a rapper at Drake’s table started trash talking each other.

The rapper hanging with Drake — Meek Mill — was screaming at Chris and Chris was giving it right back to Meek Mill. One of Chris’ lieutenants was also involved in the screaming match.

Our sources would NOT say what specifically they were arguing about — partly out of fear that someone will get hurt. But we are told the argument was NOT over Rihanna.

One source says Chris was hurt when Meek Mill hit him with a bottle.

A rep for Drake tells TMZ … “Drake did not participate in any wrongdoing of any kind last night at W.i.P. He was on his way out of the club when the altercation began.”

The rep adds, “[Drake] did not engage in any activity which resulted in injury to person or damage to property.” 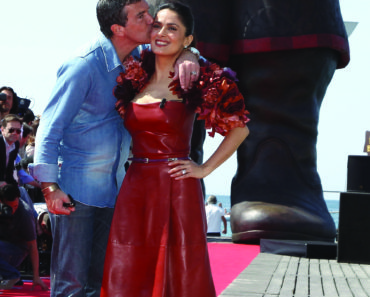