Clive Davis has come out as a bisexual man in his biographyThe Sound Track of My Life. He also reveals that he has been involved with men since 1985. Davis says his family and friends have always known…”something that my children and close friends have always known, but that I knew I would need to discuss in a biography”.”After my second marriage failed, I met a man who was also grounded in music. Having only had loving relationships and sexual intimacy with women, I opened myself up to the possibility that I could have that with a male, and found that I could.”

Davsi is currently involved with a man, not in show business. He goes on to say that he is still attracted to women,”but I never stopped being attracted to women. Bisexuality is misunderstood; the adage is that you’re either straight or gay or lying, but that’s not my experience. To call me anything other than bisexual would be inaccurate.”

Davis did not address his bisexuality until he was in his 50’s. “For over 50 years, I never had sex with a male,” he told ABC. “It wasn’t repressed — I had very good sexual relationships with women. Never for me … this very maligned and misunderstood subject of bisexuality came up.” 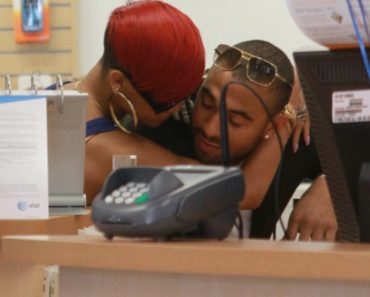