Rapper AP.9 is back and claiming that he slept with Ice-T’s wife, Coco Austin. Austin was blasted by her hubby Ice-T back in December after photos of Coco surfaced with the Las Vegas rapper in an inappropriate positions. AP.9 says he met Coco at the club Surrender and they had an immediate attraction. He went on to say he had unprotected sex with Coco and Ice-T called him to confront him and told him that Coco wouldn’t sleep with him. Is this someone trying to keep their 15 minutes of fame game?

After rapper AP.9 posted sexy pics with Coco back in December, she denied cheating on her husband Ice-T. But now the rapper is saying they did have sex, and spent the night together in Las Vegas!

Coco Austin, 33, is performing in the Las Vegas act Peepshow, filling in for pregnant Holly Madison, 33, but in a new interview with Star magazine, rapper AP.9, he admits that she’s not behaving herself in sin city! In fact, she cheated on her husband Ice-T, 54, with him!

“I first met Coco at Surerender nightclub in Las Vegas,” AP.9 tells Star magazine. “She invited me back to her table; I had a couple of drinks; we exchanged numbers. I could tell we had a physical attraction.”

“She asked me, ‘What are you doing after the club?’ I said, ‘I’m probably just going to get a room and stay right here.’ She said, ‘Well, I’m going with you.”

But the most explosive allegation: “We had sex,” AP.9 says. “I don’t know who made the first move. It wasn’t making love; it was just sex.”

Another bomb: “We had sex unprotected. I really hope she isn’t pregnant!”

After AP.9 posted pics of him and Coco snuggling in December, Ice-T tweeted, “Don’t get it twisted… I’m not happy about this s**t. Coco’s in Vegas. She has given me her explanation of the pics on the net from her first weeks out there with some dude.”

Coco tweeted an apology for the photos soon after and denied an affair.

AP.9 says, “She did an interview and said, ‘Oh, he was a superfan, everywhere I went he showed up and ran up to me talking pictures. She threw me under the bus like I was some groupie stalking her.”

The rapper says Ice-T actually called him to speak about the incident. “He called me and said, ‘My wife wouldn’t f**k with you. You need to tell the truth because my wife wouldn’t do that.’ So I told Ice-T: ‘You want the truth? OK. Me and your wife had sex!’”

The rapper does hope that Coco and Ice-T can get past the cheating scandal. “I got respect for Ice, and I’m not mad at her. But don’t lie about me. Everyone is looking at me like I’m the bad guy. I don’t have a reason to life. But she has a reason to lie. She’s the one who’s married.” 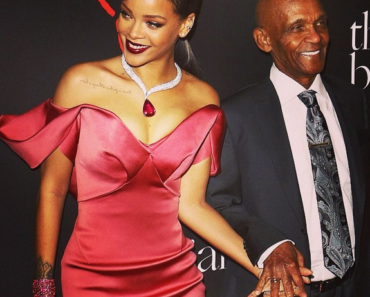