I didn’t see this one coming but now sources are saying that Christina Aguilera showed up at a hospital recently with a busted lip…what could have happened? Do you think Christina and her hubby Jordan had a physical altercation?

Christina Aguilera made a late-night trip to a Los Angeles hospital in the days leading up to her divorce from husband Jordan Bratman, RadarOnline.com has learned exclusively.

“Christina was bleeding from her mouth and had a bit of a busted lip,” a source, who saw the couple at Cedars-Sinai Medical Center, said.

“Jordan told the nurses she had fallen down.”

According to the witness, Aguilera was sporting “bumps and red bruises” along with her bloodied lip.

“Shortly after they arrived to Cedars, Christina’s ‘private surgeon’ arrived to put a few stitches in her lip,” the source added.

Adding to the mystery of why the singer needed treatment, on October 12, she was photographed wearing a hat pulled down over her face with what appears to be a small cut below her lower lip.

That is the same day that she and Bratman announced the end of their five-year marriage, citing “irreconcilable differences.”

Aguilera’s rep had no comment when contacted by RadarOnline.com.

â€œItâ€™s not easy, and there have been a lot of tears and sadness,â€ she said. â€œItâ€™s impossible to redefine yourself and your life overnight. Thankfully, I have my mom and a small group of close friends who are there for me 24/7 and whom I can trust and depend on. On days when it feels impossible to even get out of bed, much less function as a mother, their support and encouragement have kept me moving forward.â€ 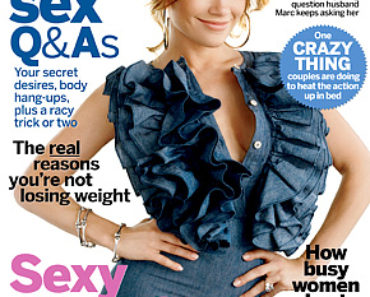