Could it be true, did Donatella Versace decline ‘real women’ from wearing her clothes at a recent photo shoot with the NY Daily News and the Versace for H&M collection, that’s kind of harsh!

Donatella Versace may be making clothes for the masses, but she doesnâ€™t want the masses modeling them.

After the Daily News arranged for real NYC women to be photographed wearing looks from the Italian designerâ€™s Versace for H&M line, a rep for the Swedish clothing company canceled the shoot on Friday.

Apparently, â€œrealâ€ doesnâ€™t work for the 56-year-old bottle-blond designer with the bee-stung lips.

The H&M publicist initially explained by email that the â€œModel New Yorkersâ€ photo feature could probably not go forward because Versace had to approve â€œanyone who wears the collection for pressâ€ â€” and, she added, â€œDonatella will likely not approve shooting the collection on real women.â€

She was right. When the Daily News writer organizing the shoot sent the publicist photos of two of the three women he wanted to use â€” all recent college graduates who work in the city â€” the answer came back that only one was acceptable.

When the News writer asked for an explanation, he was told the woman who was rejected â€œdoesnâ€™t fit [Versaceâ€™s] branding.â€

That might make sense if the clothes involved were from Versaceâ€™s full-priced designer collections, where a metallic brushed-leather biker jacket goes for $5,825 and a wool crepe cut-out dress fetches $2,425.

But one reason designers work with H&M is to make their designs accessible â€” and affordable â€” to a less-exclusive crowd. Previous fashion designers whoâ€™ve worked with H&M in this way include Chanelâ€™s Karl Lagerfeld and Stella McCartney.

â€œThe H&M customer is anyone interested in fashion,â€ the companyâ€™s U.S. public relations manager, Jennifer Ward, told the retail-shopping website Westfield.com this fall. â€œThere is something for every age and personality.â€

Versaceâ€™s designs for H&M reflect this perspective. Although there are some pricier items â€” such as a $249 metallic party dress â€” the line includes a $29.99 pair of leggings that feature a jungle print similar to the famous plunging dress that Jennifer Lopez wore to the 2000 Grammys.

Versace previewed her limited-edition H&M line at a party and fashion show at Pier 57 on Nov. 8. Although she used the kind of stick-thin models who donâ€™t resemble typical NYC consumers, the designer told CBSNews.com that she understood the H&M consumer.

â€œI know this customer,â€ she said. â€œI know what they want.â€

Now if only she didnâ€™t mind them actually wearing her clothing.

By the way, weâ€™ve decided to stick with our real New York models. Instead of Versace for H&M, theyâ€™ll be wearing their own holiday cocktail outfits in the photo feature, which will run on Thursday.

An H&M spokeswoman did not respond to us by our deadline. 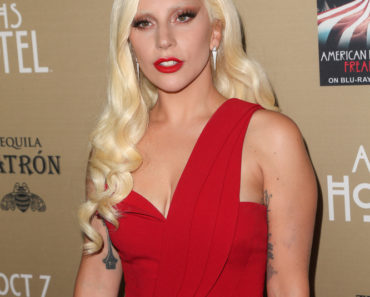 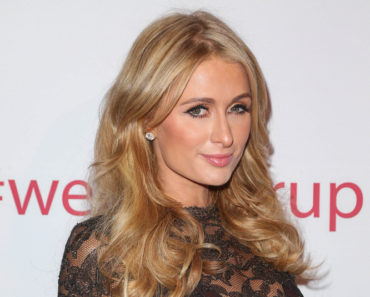