Did Drake and Diddy fight over a song over the weekend sending Drake to the hospital…it’s possible but Drake showed up on Instagram yesterday looking A-OK and ready to sling a few words. He wrote, “They’re either talking shit about you or stealing the shit you’re talking…either way the name been poppin.” Ouch…but what does it all mean?

According to MissInfo.tv the Diddy punched Drake outside a Miami club over the weekend over the rights to a song— the song in question is Drake “0 to 100”. According to TMZ the beat on the song was offered to Diddy but he sat on it for months and then sent the beat over to Drake to put some versus on it but instead Drake scooped it up and recorded it and made it a hit. Well Diddy is bitter and well they fought over it. Sources say Drake ended up at the hospital but only after he aggravated an old shoulder injury during the altercation. Diddy will not be disrespected…but to make it worse the song was just nominated for a Grammy!

Anyways just a few months ago Diddy addressed the song during a performance over the summer telling the crowd, ?I wanna play this next beat…somebody get this sh– on tape. I gave this sh– to this n—a, this n—a stole this sh– from me. But at the end of the day this sh– is still hard.? 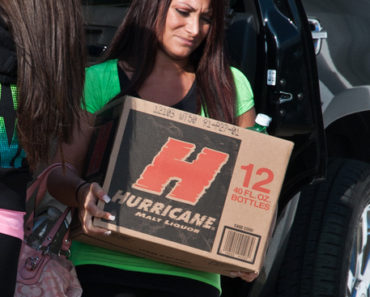