Home
Celebrities
TV Shows/Movies
What Was Your Fav Gaga Outfit From The VMA’s?
Prev Article Next Article

Gaga isÂ outrageousÂ and we all know it but was was your favorite Gaga outfit of the night?

The Alexander McQueen Dress with featherÂ headdress, Â which I found GORG! Theatrical and beautical…it was awesome…then a similar dress in black Â with a spikeÂ headdressÂ and the controversial “meat” dress!

Lady Gaga went on to The Ellen Degenerous Show…and talked meat, even although Ellen is a vegan…

“It’s certainly no disrespect to anyone that’s vegan or vegetarian,” Gaga told the host. “As you know I’m the most judgment-free human being on the Earth. It has many interpretations, but for me this evening it’s [saying] if we don’t stand up for what we believe in, if we don’t fight for our rights, pretty soon we’re going to have as much rights as the meat on our bones.”

I thought the meat was fake…? 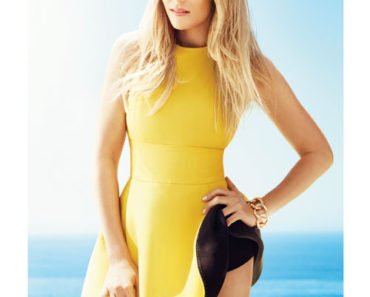