Home
Celebrities
Where Are Your Favorite Celebs Celebrating NYE?
Prev Article Next Article

Where will your favorite celebrity be this New Year’s Eve…here is aÂ compilationÂ that People put together…Kim K will be dancing in Vegas, Lady Gaga with beÂ hangingÂ in NYC with Mayor Bloomberg and Rihanna was spotted in Miami (she was not included inÂ theÂ list below)!

Las Vegas
â€¢ Kim Kardashian will be raising a glass at TAO in the Venetian hotel.

â€¢ Chris Brown will be at the Sin City nightclub Pure at Caesars Palace.

â€¢ Fergie plans to attend the New Year’s Eve party at The Mirage’s 1 OAK, presumably planting a kiss on husband Josh Duhamel at midnight. Her Black Eyed Peas bandmate, Will.i.am., will be at the Strip nightclub Surrender at the Encore at Wynn Las Vegas.

â€¢ “Party Rock”ers LMFAO will get the party going at the Aria Hotel’s HAZE.

â€¢ Samantha Ronson is set to deejay at Lavo inside The Palazzo, whose terrace offers partygoers a prime spot to watch the fireworks light up the Strip.

â€¢ Kim and Kourtney’s brother Rob will be at Tryst at the Wynn, where he might be showing off some of the moves he learned on Dancing with the Stars.

â€¢ Pamela Anderson is going to dance the night away at Studio 54 at the MGM Grand.

â€¢ Guns N’ Roses will put the “hard rock” in the Hard Rock Hotel with their New Year’s Eve performance. Rapper Drake will serenade those nursing hangovers when he takes the stage at the hotel on New Year’s Day.

â€¢ Music legend Stevie Wonder will lend his star power to the Cosmopolitan Hotel. Kaskade will also be continuing his DJ residency at the Cosmopolitan’s Marquee nightclub.

â€¢ Groom-to-be John Legend will celebrate with his fiancÃ©e, Chrissy Teigen, at the Palms.

â€¢ Singer Bruno Mars must be wishing for continued good fortune in 2012, because he plans to spend New Year’s Eve at The Bank nightclub at the Bellagio hotel.

â€¢ Stars from the CW, including 90210’s Jessica Lownde and Gossip Girl’s Chace Crawford and Jessica Szohr will be the celebrity guests at the Fontainebleau Hotel New Year’s Eve Bash at LIV nightclub, where they’ll be entertained by Busta Rhymes and members of the Swedish House Mafia.

â€¢ Robin Thicke will share his sultry musical stylings at a performance at the Delano Hotel. HIs wife, Paula Patton, will also be there.

â€¢ Lauryn Hill is expected at the Shelbourne in Miami Beach.

â€¢ Lady Gaga will be the special guest of Mayor Michael Bloomberg and do the honors of dropping the ball in Times Square. Gaga’s performance as part of Dick Clark’s Rockin’ New Year’s Eve, which will also feature Ryan Seacrest and Jenny McCarthy, will be broadcast both in the United States and in Japan. 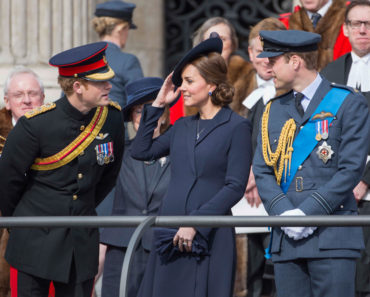