Who knew Giuliana Rancic dated actor Jerry O’Connell, not us maybe we forgot! But in Giuliana’s new book, “Going Off Script: How I Survived a Crazy Childhood, Cancer, and Clooney’s 32 On-Screen Rejections,” she recall her ex-boyfriend, Jerry O’Connell cheating on her not once, but twice according to Page Six.

Giuliana says Jerry cheated on her with Ginger Spice, (Geri Halliwell) and then now wife, Rebecca Romijn. “I was being two-timed for one of the lesser Spices?” Giuliana said and after a confrontation with O’Connell he said, “ ‘Yeah, I know. I’m so sorry. I don’t know what happened.’ He had as much emotion as the customer-service representative who tells you your bags missed the flight.”

Then at a Maxim 100 party, where Guiliana was listed at 94, she caught him wandering again, this time with Rebecca. Jerry was caught canoodling with Rebecca in a VIP area. “Little did I know he was in the VIP area, talking up Rebecca. As a prelude to feeling up Rebecca.” A week later he left for Vegas, stopped taking her calls and refused to see her at his home. He not only would not buzz her in, but broke up with her right there and then saying, “Nope. Sorry, homegirl. Things change, but you take care, OK?”

Wow, wonder what Jerry has to say about that? He went on to marry Rebecca but still his breakup with Giuliana was pretty mean! On a side note, Giuliana is moving to Chicago after being bi-coastal for years. “Up until now, Duke’s been on our schedule,” Rancic told People. “But he starts school at the end of summer and we want him to have a connection with schoolmates and not be going from city to city.” She added, “Bill and I both grew up in the suburbs. We love that sense of community. And I have loved Chicago ever since we started dating nine years ago.” So what about her job with E!, “I won’t be in LA on set as much. But there’s a lot of work in New York and Chicago too. I don’t have to pick one or the other. I’m really looking forward to the move. I’m excited!” 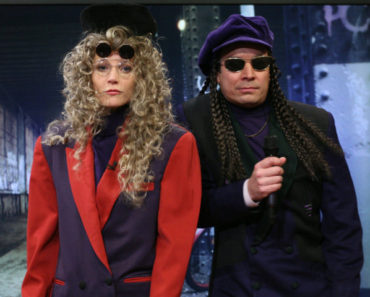