January Jones looks beautiful on the June cover of Allure Magazine…remember this interview took place at least three months ago so no baby talk!

On Dieting: â€œI have never dieted. I just listen to whatever my body craves. I donâ€™t deny myself anything. I donâ€™t crave sweets or unhealthy things very often. But when I do, like if Iâ€™m in a bad mood and Iâ€™m in traffic, Iâ€™ll stop at McDonaldâ€™s and get a strawberry shake and fries and not feel guilty at all, because I deserve it.â€

On Her â€œMad Menâ€ Wardrobe: â€œThe most challenging part of the wardrobe is actually the period shoes,â€ she says. But overall, Jones appreciates the restrictive fashions of the era. â€œThe long-line bra with the pointy tips and the girdle, and then the stockings on the garter beltâ€“I really like the shape it gives me. Itâ€™s kind of sad when you take the girdle off at the end of the day.â€

On Breaking Up With Jason Sudeikis: â€œThe long distance kind of petered us out. When you date someone else whoâ€™s in the industry, someone has to make the sacrifices. And if no oneâ€™s willing to, then you just have to be friends.â€ Then again, itâ€™s hard to imagine anyone who is not in the industry being understanding of her jobâ€™s demands: â€œâ€˜Iâ€™m sorry, I need to go away for three months and kiss other men while you stay here.â€™â€

On Grace Kelly Comparisons: â€œItâ€™s hard to think I have to live up to that, because Iâ€™m not her, unless Grace Kelly drank beer.â€

On Therapy: â€œI was traveling so much, and I just needed to make sure I was grounded and had someone to talk to. She talked more than I did, which was hilarious and great and fun. I really like her. It was like having a girlfriend. But Iâ€™m not going to give her $300 an hour to have the same conversation I could have with my girlfriend.â€

Why She Did X-Men: First Class: â€œI was coming off two dramatic movies and then another season of â€œMad Men,â€ and I was ready to do something a little bit more fun.â€

January plans to keep us guessing on the identity of her baby daddy!! 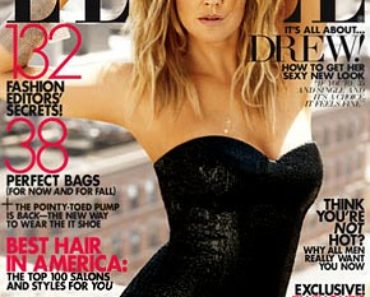