Jordin Sparks and Jason Derulo’s breakup may not be as amicable as we first thought. Jason confessed today that the split was largely due to the pressure to get married. Jason, 25 talked in in interview with Ryan Seacrest over the decision to call it quits with his girlfriend of three years. “What happened … in a nutshell, there was a lot of tension in the relationship for a lot of different reasons,.Every relationship has ups and downs. There was a lot of pressures of marriage. There was a lot of arguing and stuff like that that just weighed on our relationship over time. When you stop having more good times than bad bad times, it’s time to call it quits. It becomes something that is unhealthy.”

Derulo also added that their busy schedules were frustrating, but Jordin was more affected by the separation. “It weighed on the both of us. We think it may have weighed on her more than it weighed on me. Yeah, she got frustrated a lot. She was in that frustrated space a lot and I think part of that was part of my problem. There’s different stories, like me just having too much going on right now, but it’s a combination of a lot of things. No, there was no infidelity.”

But Derulo sounds a little like he no longer wanted to be in the relationship telling Ryan, “Three years … very long time. I think sometimes you can be in a relationship so long, it becomes a part of your life and you feel like you’re obligated. And when you start feeling obligated and you start feeling like it’s something you have to do because it’s necessary, like breathing, that’s not a good situation either. It should be something different.”

Kinda threw Jordin and the relationship under the bus…don’t you think! Sounds like Jason wanted out for quite some time. 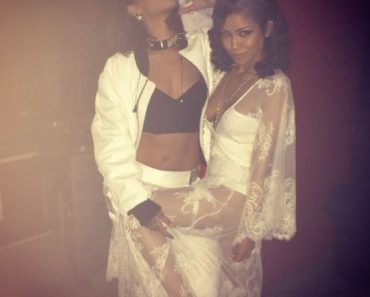