Jay Z’s new twins may have just inspired the rapper out of retirement because he just announced a new album, “4:44” on Friday, June 30. Now this isn’t the first time we’ve seen “4:44” just a few weeks ago the cryptic “4:44″ promo ads starting popping up all over the internet, across NYC and even in a commercial during the NBA finals last week, which showcased “4:44″ as a film starring Mahershala Ali, Danny Glover and Lupita Nyong’o. And now we have the deets according to Tidal.

Where: TIDAL members can visit TIDAL.com

Are you excited? On a side note, Jay Z did some good yesterday for Father’s Day when he bailed out some fathers from jail, who remained incarcerated due to financial constraints. “This Father’s Day, I’m supporting those same organizations to bail out fathers who can’t afford the due process our democracy promises. As a father with a growing family, it’s the least I can do, but philanthropy is not a long fix, we have to get rid of these inhumane practices altogether. We can’t fix our broken criminal justice system until we take on the exploitative bail industry.” 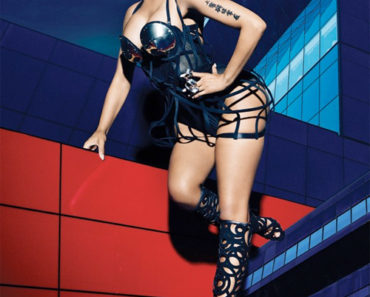