If you talk to Jennifer Aniston she is soooo past her alleged feud with Angelina Jolie…I mean it has been like a decade since her split from Brad Pitt and she’s gone on to date Vince Vaughn, John Mayer and now is engaged to Justin Theroux so its safe to say its all old news.

Jennifer was asked about the rivalry —it’s rumors that Brad Pitt and Jennifer split over Angelina— and told ET, “I think that’s slowly coming to an end. I really do. I mean, that movie is so beautiful and wonderful and she did such a gorgeous job. I think that it’s time people stop with that petty B.S. and just start celebrating great work and stop with the petty kind of silliness.”

Jenn added, “It’s just tiresome and old. It’s like an old leather shoe. Let’s buy a new pair of shiny shoes.” Great attitude and even though she was snubbed for an Oscar nomination for her role in Cake, she was just a little taken back by all the support she’s gotten after being passed over.  “I was amazed at how many messages of ‘Shocked!’ ‘F*ck ‘em!’ and ‘Robbed!’ I got. I found it quite endearing and flattering that I had so many people rooting for me. It was almost just as good to be number one snubbed than to be nominated. Now I don’t have any pressure.” 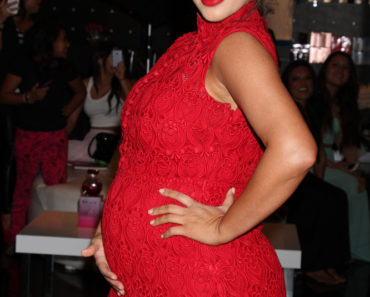