Jennifer Aniston had a perfume debut a few months back for Lolavie, but only in London (weird, where’s the worldwide promotion) and that was it…just one appearance at Harrod’s in London Â and we never heard from it again (aka no sales means a FAIL). Did the fragrance ever launch in the US or any other markets? What’s the deal Jennifer?

Jennifer Aniston’s signature fragrance has reportedly suffered from poor sales since its launch.

Now reports that the actress’s lack of promotional work for The Debut has damaged the product’s chances.

An insider said: “Jen chose her perfume. But other than launching it at Harrods in London, she’s done no promotion.

“No-one knew where to find it and now everyone’s lost interest.”

No comment has been given by the scent’s producers, but the source commented: “They’re bound to be disappointed. They can’t figure out why no-one wants to smell like Jen.

“Marketing shows most people believe Jen smells ‘natural and clean’, which is the opposite of why you’d buy a perfume, so maybe that’s it.” 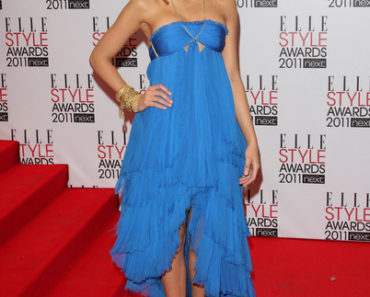