We don’t know yet isÂ JenniferÂ Lopez will return to American Idol but what we do know is that she is in talks to star in two movies, Parker (withÂ JasonÂ StathamÂ and What To Expect When You’re Expecting (withÂ CameronÂ Diaz & Matthew Morrison).

Lopez is in discussions to play the female lead opposite Jason Statham inÂ Parker, the Taylor Hackford-directed action film adaptation of the Donald Westlake mystery novel series. DeadlineÂ revealed yesterday that the picture was acquired for U.S. distribution by FilmDistrict CEO Peter Schlessel. Statham will play Parker, a thief who follows a strict moral code, but a hard guy who’s willing to kill if crossed. That character was previously played by Mel Gibson inÂ Paybackand Lee Marvin in Point Blank. The hope is to hatch an action franchise. John J. McLaughlin wrote the script and Steve Chasman is producing with Kimmel, Hackford, Les Alexander and Jonathan Mitchell. Lopez plays the female lead, a character named Leslie, who gets involved with Parker as he executes a heist.

At the same time, Lopez is also circlingÂ What To Expect When You’re Expecting, the Kirk Jones-directed Lionsgate film based on the bestselling how-to guide to preparing for childbirth. Cameron Diaz and Matthew Morrison star. Lopez is in discussions for the supporting role of Holly in that film. Neither deal is closed, but talks are underway. Clearly, Lopez is in demand again and that stint onÂ American Idol certainly helped. Lopez last starred in The Back-Up Plan. UTA reps Lopez.

Would you rather seeÂ JenniferÂ in movie or American Idol or both? 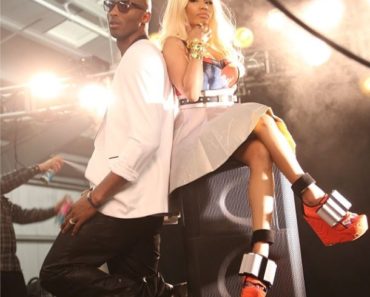