Well the Jersey Shore cast is off to a rough (read exciting) start, they may have just moved back into the Shore house, but they are back to their old shenanigans. It looks like Jenni and her boyfriend Roger, Pauly D, Ronnie and Mike were involved in a huge fight at a New Jersey club, Bamboo Bar Friday night. It got physical with Roger and Pauly D punching some guys and Mike and Ronnie were also fighting off guys and Jenni sprained her ankle. Must have been quite a spectacle. Snooki was not in the club at the time.

“It started as a small fight, then turned into a massive brawl,” the insider shares. “Jenni’s boyfriend beat up a few guys, Pauly knocked some guy out, [and] Ronnie [and] Sitch were all there as well, fighting off guys. Jenni sprained her ankle.”
Adds the source, “It was rough.”

Examiner.com reports that details surrounding the altercation are still unclear; following the fight, one clubgoer tweeted he “saw Ronnie from Jersey Shore get punched in the face last night.”

The insider assured Us that Nicole “Snooki” Polizzi–who is currently expecting her first child with fiance Jionni LaValle, and has opted to live outside the shore house during Season 6 filming–was not present when the fight broke out. 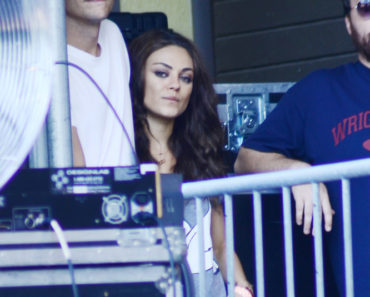