Part of cast of Jersey Shore almost didn’t make it out of NY to attend the VMA’s this weekend. The cast had to beÂ whiskedÂ away before Hurricane Irene Â shut down all of NYC’s majorÂ airport! Snooki, Vinny, Deena and Sammi were able to board a private jet ( very fancy!) to get them to California just in time!

“We had to get out here for the VMAs,” Vinny told MTV News hours after touching down in Los Angeles. “MTV did whatever they could to get us out here. We wouldn’t miss it for the world.”

His pal Pauly D, meanwhile, had been safely kicking back in Oklahoma City after an earlier brush with the hurricane in North Carolina while touring with Britney Spears. “Irene got nothing on my blowout,” he declared, while acknowledging the storm poses a serious risk to the public.

“I was nervous. This storm’s no joke,” he said. “Immediately I texted Vinny, because I didn’t think we were going to make it. … I thought I was going to have to fill in for everybody. I can’t talk for everybody. I talk a lot. But it was no joke, and I was not missing the VMAs for nothing. Seriously, I was coming here. I didn’t care how I was coming here, but I was going to make it.” 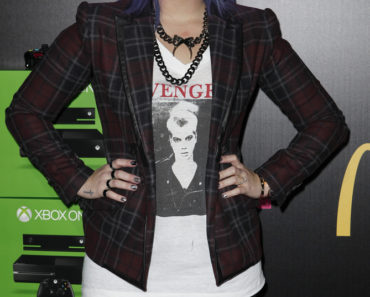