Katherine Webb’s 15 minutes of fame are lasting a little longer than expected…she plans a move to NYC to pursue her modeling career. Webb was also allegedly offered a spot on Dancing with the Stars. Webb was in NYC to shoot her Sports Illustrated photo shoot. What about her Alabama quarterback boyfriend, AJ McCarron?

Former Miss Alabama Katherine Webb swept through town last week for a photo shoot for the Sports Illustrated Swimsuit Issue — and she is now planning a permanent move to the Big Apple, Page Six can reveal.

Webb — Alabama quarterback AJ McCarron’s girlfriend who shot to fame when ESPN commentator Brent Musburger went gaga by calling her a “beautiful woman” during the Alabama-Notre Dame game — was overheard telling fans at Meatpacking District restaurant Toy that she was moving to the Big Apple to pursue a full-time modeling career.

The 23-year-old Alabama native, who now lives in Los Angeles, arrived dolled up to the eatery Thursday night while here for the SI swimsuit shoot.

Spies told us she sat down quietly for her meal when a table of women noticed the former pageant queen and grabbed her attention with cheers and applause.

Webb, who was “initially caught off-guard,” then opened up to the female fans about planning to move to the city so she could establish a modeling career.

Webb was also overheard saying that she was offered a spot in the upcoming season of ABC’s “Dancing With the Stars” but did not say whether she would participate.

“She looked gorgeous and kept a low profile. The ladies offered to buy her drinks, but she declined as she doesn’t drink,” a spy told us. After her meal and posing for photos with the group, Webb headed up to her room at the Gansevoort Hotel by herself.

Webb, we’re told, posed for the SI swimsuit issue at Milk Studios in Chelsea on Friday. She is repped by LA Models and its New York sister company NY Models.

The beauty queen is quickly capitalizing on her 15 minutes of fame: She recently scored a gig on “Inside Edition” to provide on-air reports from the Super Bowl. Previously, Webb worked as a training director at a Georgia Chick-fil-A. Her rep didn’t get back to us. 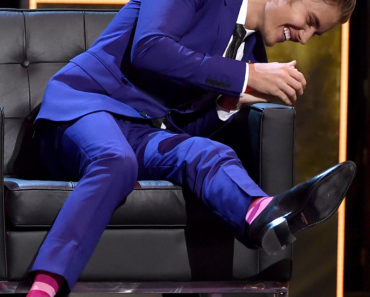