Ke$ha enetered rehab last week for a eating disorder but rumors spread that the Tik Tok singer was also being treated for alcohol abuse. Pebe Sebert told CeleBuzz, “That’s a total lie. The place she’s at is an eating disorder center. When they say ‘people close to her’ I will tell you I travel with her everywhere, her little brother, her assistant, makeup artist, talk to anyone.”

“They do stress sobriety at the [rehabilitation] place,” she said. “Nothing is allowed in there. You can’t even have a razor. And they don’t want you to drink afterward because they’re afraid you’re going to get drunk, eat a pizza and throw up. But it’s not a place you go for drugs and alcohol. She might be crazy and she might get shit-faced drunk,” she added with a laugh, “but everyone does.She might have a few drinks here and there. But she doesn’t have a drinking problem. She’d never touch cocaine because that was one of my vices. She’s always said she never wanted to do the same thing I did and I’ve been preaching that to her for her whole life.”

Pebe did clear up the Dr. Luke comment about Ke$ha looking like a refrigerator. “The comment was ‘Can you make her not look like a refrigerator? He said that to someone we were close to. It was said to someone else who made the mistake of telling me and I told her (Ke$ha).” But she added, “She’s doing well. This is going to be really hard for her. It’s been a part of her life for so long.”

Radar is reporting that Ke$ha’s troubles may also have come from a recent breakup with her “C’mon” music video director, Darren Craig. 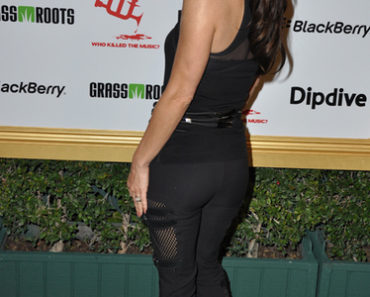