I would never want Sephora to be upset with me …I adore that store…Anyways Sephora is a little upset with Kim Kardashain right now because Kim was supposed to have an exclusive contract with them to only sell her fragrance Kim Kardashian at theirÂ stores, but the company behind the fragrance wants to sell at other stores and that’s where all the beef starts! The Kim Kardashian fragrance is one of Sephora’s top sellers.

Kim Kardashian has infuriated Sephora by opting to sell her perfume line to mass-market retailers after signing an exclusive deal with the chain, according to sources. The reality star and the fragrance’s manufacturer and branding company, Lighthouse Beauty, inked a deal with Sephora to exclusively sell the perfume, which is now its top-seller. But a rep for Kardashian confirmed that Lighthouse Beauty plans to widen distribution to other stores including Target and Macy’s.

Sources say Sephora bosses are so disappointed, they plan to pull Kim’s fragrance and have canceled some of her upcoming in-store appearances. “Her contract with Sephora was ending, but they wanted her to stay,” said a source. Reps for Sephora and for Lighthouse Beauty did not return calls. Undeterred by the flap, Kardashian threw a party in LA last week sponsored by the fragrance, and will roll out her second scent in February. 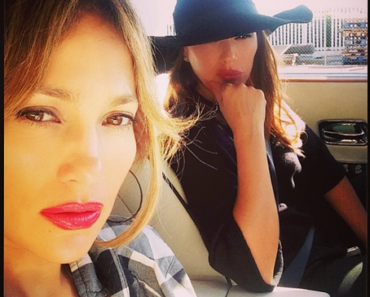