KimÂ KardashianÂ isÂ surprisingly ‘calm‘ despite theÂ factÂ that her wedding is next week (August 20). Better calm then hectic, right?

“Everyone says that you freak out, but I think all my freak-out moments happened at the beginning when we decided to get married this summer,” Kim told us last night at the World’s Most Beautiful magazine launch party at Drai’s Hollywood (she’s their first 3D cover girl). “That’s when you’re like, ‘When and where?!’ So once all those decisions were made…Like this week I’ve been really calm.”

“Last night I took the red-eye at midnight, landed at eight in the morning in New York, ran to Vera Wang for a dress fitting at 10 a.m., then left at noon on another flight out,” she said. “I spent like eleven hours on a plane just to spend three hours in New York.”

In a surprising twist…Kim’s new In-Laws may not be too keen on theÂ nuptials because they feel left out according to InTouch.

The problem? Kim and her manager/mother,Â Kris Jenner, havenâ€™t permitted her fiancÃ©â€™s family to offer any feedback about the planning process. As a different source puts it, â€œTheir opinions are never asked for, or needed.â€ The Kardashians wouldnâ€™t even let the Humphries help pay for the party, perhaps because they feared that then theyâ€™d expect to have some say over the proceedings! â€œKris Humphriesâ€™ dad is a successful businessman,â€ the insider reports, â€œand he offered to contribute, but he was told, â€˜Thanks, but no thanks.â€™ â€ Instead, E! is paying for most of the wedding, and Kris Jenner is running the show.

Itâ€™s gotten so bad, the insider says, that William Humphries even urged his son to rethink rushing into marriage with Kim. â€œKrisâ€™ dad doesnâ€™t feel like heâ€™s gaining a daughter,â€ the insider explains. â€œHe feels like heâ€™s losing a son. Heâ€™s scared that the wedding snub might be a sign of things to come.â€ 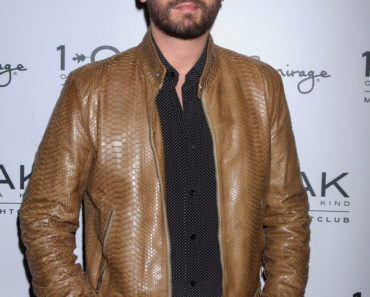