Lamar Odom says he never ambushed estranged wife, Khloe Kardashian despite being caught walking up to her before she entered SoulCycle yesterday and yelling at her. Witnesses could hear her warning him not to touch her. Khloe was visibly upset by the interaction and fled the scene so its safe to say she wasn’t too happy to see her ex. “It was a really scary morning. She was totally freaked out, she had no idea how he found her,” a source People. “Not only was it a surprise to see him, but it truly was a scary interaction.”

But in a discussion with a TMZ cameraman her says the meeting was prearranged by Khloe. He takes this time to vent with TMZ and the slam them. “I am not the person that they’re trying to make me out to be. You know I know Khloé. You know I know her. So how would you think I ended up there? … So where there a address or a place given, or I just guessed right? Did I just guess right, where this girl may be, that I know?”

“Nobody got followed, nobody got hassled, nobody got harassed, nobody got grabbed on, none of that. I don’t believe in following people around. I don’t Twitter. I don’t Instagram. Me and that girl fell in love. That’s our business. … Do not disrespect my space, do not disrespect my character, because that’s what y’all been doing. And from day one, even if half the things were true, even if half of them were true, people know who I am and y’all have discredited me, beat me down, took my confidence, took everything away from me.”

In the video Lamar also goes on to say, “It’s hard for me to keep my composure. To everyone who knows and supports me I’m sorry but the dog has to fight back. [They say] I’m a womanizer, a drug addict. It’s awful. If it happens again I will air everything out. Nobody got followed, nobody got hassled, nobody got harassed, nobody got grabbed on, none of that. Probably the most hurtful part, somebody should be calling up saying, ‘Hell no that didn’t happen, that’s ridiculous, that’s crazy.’ It’s just not the truth.”

Sources claim that Lamar is upset that Khloe is dating basketball star James Harden. “Lamar has been trying to contact Khloé, but she is done and has ignored him. Lamar has issues with Khloé dating [James] Harden,’ a source said. Khloe may consider a bodyguard after the incident. 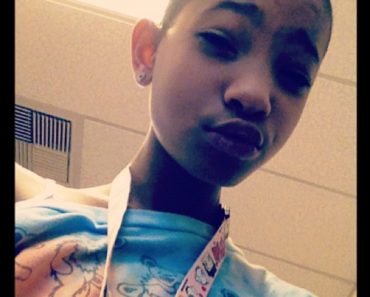