Lindsay Lohan’s messed up and her mother Dina knows why…her father Michael Lohan was abusive. Dina said, “Lindsay saw her dad abuse me — that’s why she’s so screwed up”” Dina sat down with the NY Daily News and explained why Lindsay acted the way she did,  “Michael beat the hell out of me. When Lindsay saw the photo, she was furious. She said, “Tell the world! Talk about it!”” The photo on ET, shows a young Dina with a black while holding  a baby Lindsay. “She saw a lot of crazy stuff. I want the world to know the root of her problems.”

They dined at an upscale restaurant in Cold Spring Harbor, and as the night progressed, so did Michael’s drinking and coke-snorting, Dina said.

“When we left he was drunk-driving and suddenly he started screaming, ‘Get the f— out of the car!’ ” she recalled.

That’s when her ex-husband punched her in the face with his clenched fist, bruising her cheek below the right eye, she claimed.

Dina called her parents, who brought her to a Long Island hospital. Medical records show that Dina was treated for “blunt trauma” to the face on Dec. 4, 1986.

“I came in at 2 o’clock in the morning after being out with some friends. I walked in and she hit me with an ice tray. With the back of my hand I slapped her in the face. Yes, it did happen in 1986. Were there any charges? No, not at all. I had a big black and blue on my neck from her,” he told The News.

Dina claims that was the first of several assaults that occurred until her husband, a Wall Street broker, was jailed in 1987 for 90 days on a securities fraud charge.

Dina said she didn’t press charges after the assault because he was already headed for the slammer.

The violence ruined a relationship that once had been built on real love, she said. She was a 19-year-old singer and dancer swept off her feet by the brash young trader she met at the Surf Club in New York City.

But almost as soon as they married, Michael’s darker side emerged, she claimed.

“Michael was addicted to cocaine, like most stockbrokers back then. He had a lot of bad stuff going on,” Dina said.

By 1990, Michael Lohan was out of jail but facing more charges related to insider trading, and Dina was living with her children in her parents’ home. The two were estranged, with Michael allegedly partying with models almost every night. Dina said her strong Catholic beliefs prevented her from getting a divorce.
Those beliefs helped her survive what she said was a rape by her husband on Feb. 14, 1990.
She said she was at her parents’ home with her kids on that day. Michael Lohan showed up in a limo.

“He was out of jail and on another coke-fueled night,” said Dina.
According to her, Michael tried to convince her to take him back.

“He said, ‘I love you and I want to be with you,’ but then it went dark. It went dark really quick,” said Dina.

She said Michael Lohan raped her as her children slept.

“[They] were sleeping, and I just knew I had to stay quiet — I don’t want to wake them,” she said.

When her parents came home later, they insisted Dina go to the hospital.

According to Nassau County Hospital medical records, Dina did go to the ER to report a rape. She was examined by doctors and her clothes and other evidence was gathered in a rape kit.

Notes on the report indicate doctors called the police and also a coalition for abused women.

Dina never pressed charges, she said, because once again, her husband was already on his way to jail.

This time it was a more serious charge — tied to insider trading — and he did three years before getting released.

He said Dina invited him to her parents’ house personally and took the lead with their intercourse in a first-floor bedroom.

“How can you rape a person when they’re on top of you?” he asked.

They were separated at the time, Michael explained, and he was dating another woman.

He said Dina claimed rape in a jealous fit after she called him later that night and heard he was with the girlfriend.

“I went over to her parents’ house and made love to her,” he said Sunday. “When I left and she called me, she found out I was with (the girlfriend) and called police. Then she called me the next day, crying. I said, ‘Let’s work this out.’ And I got back with Dina. There were no charges.”

Dina claimed other instances of abuse as well but said she stayed for the sake of her kids.

“Lindsay saw all the beatings and all the abuse. She said, ‘Stay, mommy, don’t leave,’ ” said Dina.

“She said, ‘I’m so sorry for making you stay.’ But I didn’t stay for Lindsay — I wanted all my kids to be happy,” said Dina.

According to Dina, the abuse is why she got an order of protection against him in 1987, one of several she would get over the next 12 years.

“Like many victims of domestic violence and rape, I was embarrassed and afraid. I was very young . . . I thought I could keep fixing him,” Dina said.

She said she came forward now to “set the record straight. I need to make the world aware that Lindsay is messed up because her father is messed up.”

Michael said he believes Dina is seeking cover from criticism of her own parenting decisions.

“She’s bringing this up now because she’s drinking and partying with Lindsay. And she keeps robbing Lindsay,” he said, claiming that his actress daughter is his ex-wife’s main source of income. “She is the devil.”

Lindsay, who has her share of legal problems, is expected to appear in Manhattan Criminal Court Monday to see if she’ll face charges for a catfight she got into with a Florida palm reader in a Chelsea nightclub’s VIP room in November.

Lindsay’s NY court date has been postponed for now. 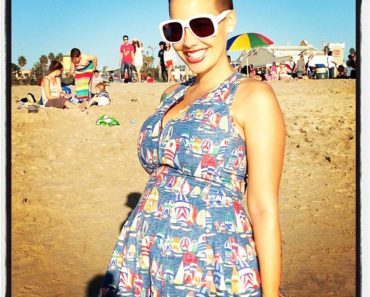