Remember when Nicole Richie was on The Simple Life with Paris Hilton, yeah its bee a while since then. Nicole is all grown up and her father mega 80’s and 90’s singer Lionel Richie talks to Piers Morgan about adopting Nicole and helping her beat addiction.

“I went to a Prince concert and there on the stage in the middle of the concert was this four-year-old kid playing the tambourine. So I went backstage and I knew the mother and I knew the father and, of course, they were having difficulties with their relationship. I said, ‘While you are having the difficulty, the kid is sitting out here in limbo so I’ll tell you what I’ll do, just put the kid in my house until the tour is over with and then we will sort this out later’.” And well a year went by and he and his wife at the time Brenda adopted Nicole.

But Lionel also talks about the hardships that Nicole went through before cleaning up her addiction to drugs and her arrest for heroin. “I went to her and I said, ‘When I was growing up I lost three friends, they were the hippest friends I ever knew in life . . . I said, ‘It’s going to happen to your generation. I don’t want you to be in that list of three.’ Three months later her friend died of an overdose and I went back to her and very quietly, I said, ‘I am sorry to hear that, that’s one.’ And sure enough, one year later the second one died and I said, ‘That’s two’ and I got a phone call and she said, ‘Dad I need help, I don’t want to be the third one.'” 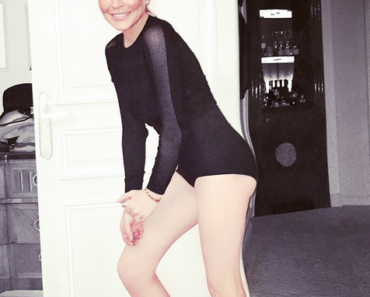