Mary J. Blige is back on the grind after her split from manager/husband, Martin “Kendu” Isaacs. The Queen of R&B known for her breakup songs has a slew of inspiration after filing for divorce from her husband of almost 13 years amid rumors of cheating.

“I’m getting better every single day. Every day it’s a process because it’s a lot that’s going on,” Mary told Angie Martinez at the iHeartRadio Album Release Party of “Strength of a Woman” in a new interview. “But there’s a lot of light in all of the darkness. The beautiful thing is I got a chance to take something so dark and give my fans something to put a smile on their face and something they can appreciate.”

On a side note Mary recently confirmed her husband’s indiscretions allegedly with her former protégée Starshell in her VH1 documentary “Strength of a Woman.” Wow, while talking to Ne-Yo who producing a few songs on the album she allegedly calls out Starshell (but the name is bleeped in the broadcast).”All these years have come to this, like, you didn’t even pick me, you picked somebody else. That sh* t is humiliating. It hurt real bad. But… they got beds, we gotta lay in it.” She later told Ne-Yo not to let Starshell near any of her music.”And just so we’re clear… Do not let her anywhere near what you’re doing for me, because she’s the reason for all of this sh*t. That’s my Becky with the good hair!” 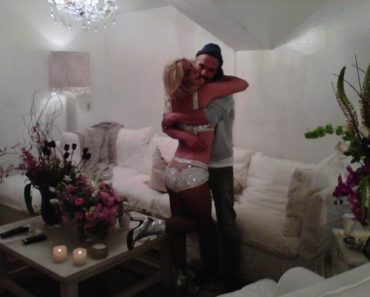