When someone says the phrase, “Alright, alright, alright,” we automatically think Matthew McConaughey, so it was a perfect ending to his Oscar speech last night after winning Best Actor for his role in Dallas Buyers Club. But McConaughey wasn’t all games, he also thanked his family and God and talked about his father and his hero…his future self…who he realizes he can never catch up to. Check out the video to understand! And Matt was so smitten with his Oscar he hadn’t let anyone hold it he told E!News, “Nobody’s asked me to hold [my Oscar]. Maybe they can tell I like it! I’m not gonna be passing it around.”

Check out the entire touching and funny speech below!

Now, first off, I want to thank God, because that’s who I look up to. He’s graced my life with opportunities that I know are not of my hand or any other human hand. He has shown me that it’s a scientific fact that gratitude reciprocates. In the words of the late Charlie Laughton, who said,“When you got God, you got a friend. And that friend is you.”

To my family, that’s who and what I look forward to. To my father, I know he’s up there right now with a big pot of gumbo. He’s got a lemon meringue pie over there. He’s probably in his underwear, and he’s got a cold can of Miller Lite and he’s dancing right now. To you dad, you taught me what it means to be a man. To my mother who’s here tonight, who taught me and my two older brothers — demanded that we respect ourselves. And what we in turn learned was then we were better able to respect others. Thank you for that, Mama. To my wife Camila and my kids Levi, Vida, Mr. Stone, the courage and significance you give me every day I go out the door is unparalleled. You are the four people in my life that I want to make the most proud of me. Thank you.

And to my hero, that’s who I chase. Now, when I was 15 years old, I had a very important person in my life come to me and say, “Who’s your hero?” And I said, “I don’t know, I’ve got to think about that. Give me a couple of weeks.” I come back two weeks later, this person comes up and says, “Who’s your hero?” I said, “I thought about it. It’s me in 10 years.” So I turned 25. Ten years later, that same person comes to me and says, “So, are you a hero?” And I was like, “Not even close! No, no no!” She said, “Why?” I said, “Because my hero’s me at 35.”
So you see every day, every week, every month, and every year of my life, my hero’s always ten years away. I’m never going to be my hero. I’m not going to attain that. I know I’m not. And that’s just fine with me, because that keeps me with somebody to keep on chasing. So, to any of us, whatever those things are, whatever it is we look up to, whatever it is we look forward to, and whoever it is we’re chasing. To that I say: Amen. To that I say, All right, all right, all right. To that I say, just keep living, eh? Thank you.” 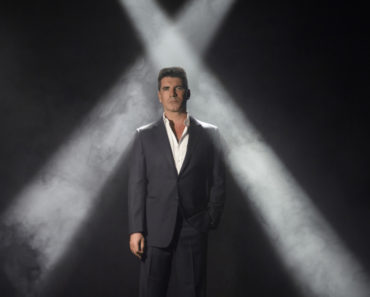