Corinne Bailey Rae’s third album, The Love EP is a mixture of love songs â€” happy ones and sad ones. The singer that brought us â€œPut your record onâ€ and â€œJust like a Starâ€ is at it again with The Love EP. The Love EP is a five-song collection of covers that Bailey Rae calls an â€œhomage to some of my favorite musicians, as well as a conversation between some of my musical influences.â€

Corinne Bailey Rae reminds me of a modern day Billie Holliday. She sings so sweetly and yet you can feel that soul and grit in her voice. She takes me to another time!

In the first song on the album, â€œI Wanna be Your Loverâ€ (Prince remake) she brings back an up-tempo 80â€™s kind of feeling a little more than the original. The song is very bouncy and this is where she starts her love journey. She wants her lover to be everything, but she is so innocent and naÃ¯ve and shy as she says. Itâ€™s a very sweet song, which reminds me of young love.

Corinneâ€™s second song is â€œLow Red Moonâ€ (a remake of Tanya Donelly’s song for her band, Belly) and itâ€™s a true departure from the first song. Corinne mostly stays true to the original, but is just slightly more haunting. This is a different Corrine; she has become sensual, but moody in this dark almost creepy song. You can almost feel her pain and suffering. This is not the sweet Corrine we know; she adds a rock spin to this song with the addition of the drums and guitar, something you donâ€™t usually hear on a Corrine Bailey Rae song.

Corrine discussed her love for the band Belly, which had many influences in her own band, Helen: â€œI was addicted to their song ‘Star’ as a teenager and learnt loads about guitar playing from listening to them. We have made the song, in my opinion, more aggressive and slightly â€™60s science fiction.â€

â€œIs This Loveâ€ is the third song (Bob Marley remake). She stays a little true to the original in that it has a 60â€™s vibe, minus the reggae touch of the original. â€œI wanted to bring the tempo back to underline the poignancy of the lyric. Marley’s music is so influenced by American doo-wop, so I loved that guitarist John McCallum gave it this Hendrixy/Curtis Mayfield sound, two musicians who also brought doo-wop into their own sound.â€ Corrine voice is smooth and tender to your ears and you feel the love. This is the sweet Corrine who sang us, â€œJust Like a Star,â€ only grown-up.

â€œMy Loveâ€ (Paul McCartney & Wings remake) continues her sweet innocence with a simple acoustic guitar intro. Itâ€™s hard to not to fall in love with Corrineâ€™s voice and you feel as though she may be talking to her deceased husband in the tune.

Corrine showed us uptempo, grit and sweet innocence, so whatâ€™s left is straight up soul on â€œQue Sera Seraâ€ (Doris Day remake). She shows off her singing chops full of soul mixed with fun. Her sound is a little Alicia Keys mixed with tons of soul! She really remade this song, because the original is very simple.

Corrineâ€™s voice is so strong, yet delicate! Beautiful music with many lovely remakes. 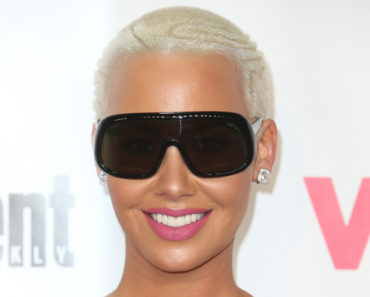