The Office star Jenna Fischer stopped by The Tonight Show with Jay Leno and revealed to Jay exclusively that she is having a boy! I hope its Â a boy on The Office too (her pregnancy is being written into the show).

It has been easy for me, I’ve been really lucky,” she said. “I haven’t had any morning sickness or anything like that. I’ve been exercising, which I think has helped, I don’t have any back pain, a lot of women complain about that.”

“You don’t really know hunger until you’re pregnant,” she said, going on to explain the one question you should never ask a hungry, expectant mother.

“Don’t say, ‘What do you want to eat?’ In the time it took you to say that, it’s too long. I should be eating alreadyâ€¦don’t offer me a salad with vinaigrette dressing. I want spaghetti bolognese. I want it immediately, or I’m gonna eat your foot.” 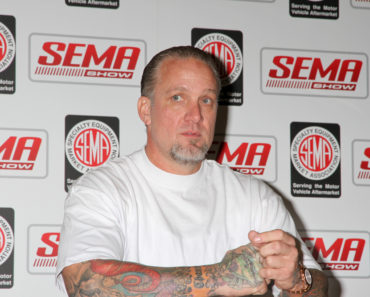