Kim Kardashian is a married woman…she is now Mrs. Humphries!

Here are all the deets:

E!’s Kim Kardashian and basketball star Kris Humphries were married this evening at a private estate in Montecito, Calif., surrounded by friends and family, E! News and People exclusively confirm.

The bride wore a custom Vera Wang gown, while the groom looked spiffy in an Ermenegildo Zegna tuxedo with a white jacket and tie. Husband and wife exchanged Lorraine Schwartz wedding bands, the same designer behind Kim’s 20.5-carat engagement ring.

In a stylish accent that we can only describe as “very Pippa,” Kim’s sisters all wore ivory Vera Wang bridesmaid dresses. Humphries’ groomsmen, including brother-in-law Rob Kardashian and Lamar Odom, suited up in black Zegna tuxes, as did Bruce Jenner and Kris’ dad, William Humphries,

Self-proclaimed “momzilla” Kris Jenner, who has now watched two of her little girls walk down the aisle, also donned Vera Wang for the occasion.

But while it seems as if the Kardashians and Jenners could account for a few hundred people themselves, there were plenty of other familiar faces sitting in those chairs.

Members of the New Jersey Nets were also given the all-clear to gather in one place for a good cause, despite a rule that prevents teammates from being in contact during the NBA lockout. And that’s especially nice, because Jordan Farmar, Humphries’ current Nets cohort and Odom’s former Lakers teammate, is only the guy who introduced the bride and groom!

The multipart festivities had been cloaked in confidentiality from the startâ€”minus the fact that a camera crew was often on hand for E!’s exclusive behind-the-scenes wedding special (airing in two parts on Oct. 9-10)â€”from the day the $250 invitations arrived swearing guests to secrecy (and a black-and-white wardrobe) to the not-until-go-time reveal of Kim’s gown.

In a KIIS-FM interview with Seacrest yesterday, Kim had expressed surprise over how calm she feltâ€”though she admitted to already freaking out over “everything and anything” about a week ago.

While the newlyweds are forgoing an exotic honeymoon for now, the party sure isn’t over. Mr. and Mrs. Kris Humphries and their guests will cap off the night with a lavish reception nearby. Kim said that she was hoping all of her guests would appreciate how “fun and glitz and glam” the night was going to be. “It will be so intimate, and so…really heartfelt. And they will think, ‘Oh my God, that dress.'”

Exclusive details on the wedding blowout of the year are still to come!

E! Online is your destination Sunday for exclusive video and wedding details, plus tune into a special edition of E! News at 6 p.m. ET/PT. Official photos from Kim’s big day will debut in the Sept. 5 issue of People, on sale nationwide this Friday. 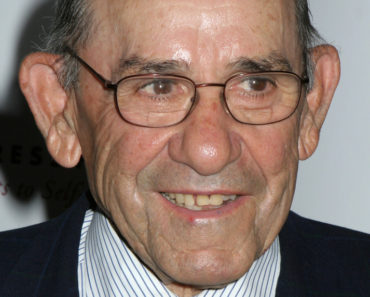