Home
Celebrities
“Real NJ Housewife” Teresa Guidice May Not Come Back For Another Season Either!
Prev Article Next Article

First Danielle Now Teresa…Teresa Guidice may not be coming back to the Real Housewives of New Jersey! It all has to do with money…of course it does! Teresa really needs it right now…she headed to Vegas to do an appearance this weekend!

Don’t expect Teresa Giudice to return for Season 3 of “Real Housewives of New Jersey,” according to a friend of hers. Giudice struck a bad deal with Bravo over royalties from her best-selling cookbook, “Skinny Italian.” The bankrupt babe is the only housewife in the franchise to give the network 10 percent of royalties from her book sales. In exchange, Bravo said it would make up the difference by promoting her book on the show. She filmed several scenes with the book, cooking and testing recipes — but the footage never aired. The book was mentioned once during the reunion episode. Her friend told us Bravo is trying to hardball Giudice by moving to hire her sister-in-law, Melissa Gorga, whom she hates, as a possible replacement. Although Giudice is $11 million in debt, her friend said, “Teresa is done with Bravo, I don’t think any amount of money will make her come back.” A rep for Bravo didn’t get back to us. 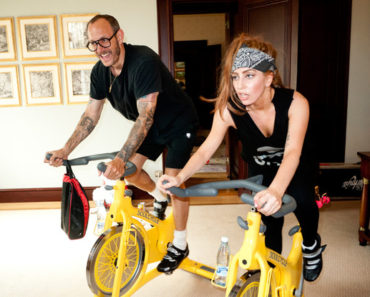