Selena Gomez just landed her very first Vogue cover and she looks amazing, but don’t ask her about new love, The Weeknd. When writer Rob Haskell asked Selena about the romance “she tells me that everything she has said about her relationships in the past has come back to bite her, and that she will never do it again.” But that’s ok—we’ve all seen the loved up photos on the internet!

And while Selena might be the most followed person on Instagram, she no longer posts herself, leaving the taks to her assistant. “As soon as I became the most followed person on Instagram, I sort of freaked out. It had become so consuming to me. It’s what I woke up to and went to sleep to. I was an addict, and it felt like I was seeing things I didn’t want to see, like it was putting things in my head that I didn’t want to care about. I always end up feeling like s–t when I look at Instagram. Which is why I’m kind of under the radar, ghosting it a bit.”

Selena also touched on dropping out of her last tour and getting treatment. “Tours are a really lonely place for me. My self-esteem was shot. I was depressed, anxious. I started to have panic attacks right before getting onstage, or right after leaving the stage. Basically I felt I wasn’t good enough, wasn’t capable. I felt I wasn’t giving my fans anything, and they could see it — which, I think, was a complete distortion. I was so used to performing for kids. At concerts I used to make the entire crowd raise up their pinkies and make a pinky promise never to allow anybody to make them feel that they weren’t good enough.

And Selena feels her fans changed. She went from performing for kids to adults and it was a slight shock for the pop star. “Suddenly I have kids smoking and drinking at my shows, people in their 20s, 30s, and I’m looking into their eyes, and I don’t know what to say. I couldn’t say, ‘Everybody, let’s pinky-promise that you’re beautiful!’ It doesn’t work that way, and I know it because I’m dealing with the same shit they’re dealing with. What I wanted to say is that life is so stressful, and I get the desire to just escape it. But I wasn’t figuring my own stuff out, so I felt I had no wisdom to share. And so maybe I thought everybody out there was thinking, This is a waste of time.”

@SelenaGomez is our April cover star! Tap the link in our bio to read the full interview. Photographed by @mertalas and @macpiggott, styled by Camilla Nickerson. 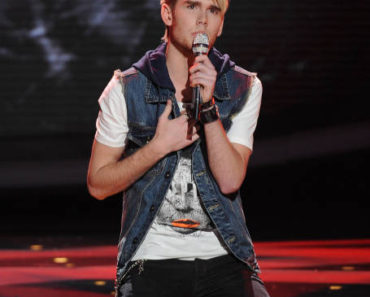