Whoa what a week…Ellen has decided to step down as an American Idol judge…Ellen is a happy person that believes in following your dreams and she became a dream crusher on American Idol. So then the rumor mill began and its said that Kara was FIRED! The Jennifer Lopez was thrown in the mix…so who may be our new judging panel…Randy…Jennifer and Steven Tyler …WTF?

Ellen posted her farewell to Idol on her blog…

A couple months ago, I let FOX and the “American Idol” producers know that this didn’t feel like the right fit for me. I told them I wouldn’t leave them in a bind and that I would hold off on doing anything until they were able to figure out where they wanted to take the panel next. It was a difficult decision to make, but my work schedule became more than I bargained for. I also realized this season that while I love discovering, supporting and nurturing young talent, it was hard for me to judge people and sometimes hurt their feelings. I loved the experience working on “Idol” and I am very grateful for the year I had. I am a huge fan of the show and will continue to be.

So what about Kara…She has allegedly been fired…that’s such a smack in the face..

We’re told the show will be going back to a three-judge format and assuming all deals are finalized, the judge’s panel will consist of Randy Jackson, Jennifer Lopez and Steven Tyler.

We’re told the only way Kara could get a reprieve is if the J-Lo deal falls apart — but we’re told that deal is done.

Ellen DeGeneres announced earlier Thursday that she was leaving the show after just one season.

Ok, so now how did Jennifer Lopez even get into this mix…well I guess her career needed a little boost…

We’ve just learned the backstory of how Ellen DeGeneres bowed out of American Idol and who will be the new judge taking her place. It’s Jennifer Lopez, whose singing and acting career has been on the skids after her recent movie failed at the box office in the spring and she was dropped by her record company Sony Music Epic Records this past winter. We hear her manager Benny Medina (whom she once fired) orchestrated the meeting with the American Idol producers a month ago, and negotiations have been ongoing ever since. We’ve learned a deal was closed earlier this week under the utmost secrecy. Today’s news came shortly after Nigel Lythgoe returned to Idol as an executive producer. He has vowed to shake up the show’s team of judges in the wake of the departure of Simon Cowell, publicly stating that he always thought a panel of three and not 4 made the most sense.

Still to be decided is who will replace Simon Cowell. Everyone associated with the show wants Elton John, but we hear he’s asking for too much money and has too many touring commitments he can’t get out of. (Denials That Justin Or Elton Judging ‘Idol’) 2ND UPDATE: Tonight, unconfirmed reports say Idol has offered Cowell’s judge seat to Steven Tyler. 3RD UPDATE: And another unconfirmed report claimed judge Kara DioGuardi has been fired to bring the panel count down to just 3, not 4. 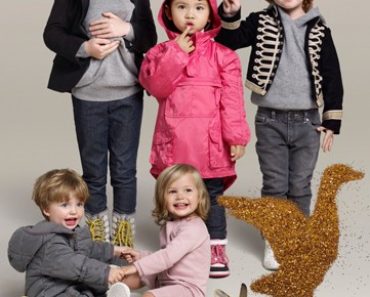