Shia LaBeouf was involved in a bar brawl…WTF, NOT Shia!! So was Shia the trouble maker…or did some mess with him?

Shia LaBeouf was placed in handcuffs after a fight at a bar last night, but was eventually released … TMZ has learned.

It all went down at Mad Bulls Tavern in Sherman Oaks, CA. Sources at the bar tell TMZ, Shia is a frequent patron of the establishment. According to witnesses, he got a little rowdy and ended up getting punched in the face.

Sources close to Shia paint a different story — they say Shia was jumped on his way out of the bar. They say police arrived on scene shortly thereafter, cuffed everyone involved, and eventually let Shia go. Police have no record of any arrests being made.

Sources close to the actor say the security guard at the bar backed up Shia’s version of events.

But RadarOnline is reporting a whole different story…one were another bar patron called Shia a gay slur!

Shia LaBeouf got into a bar brawl early Saturday morning after another patron called him a “f**king faggot,”Â RadarOnline.com is exclusively reporting.

The incident occurred at 1 am at Mad Bull’s Tavern in L.A.’s Sherman Oaks district, and ended with theÂ Transformers star in handcuffs.

Shia is a regular at Mad Bull’s and eyewitness Mikey Dee tells RadarOnline.com that LeBeouf was in the popular bar with about 14 of his friends.

Shia and his entourage had been at the tavern for several hours when he began having words with another patron on the outdoors patio, Dee says.

“The guy was laughing at Shia and called Shia ‘a f**king faggot’.Â  Shia shot back that he was going to ‘kick is f**king ass’.

“Shia then lunged but the other guy got the first punch in.Â  He hit Shia hard in the face and split his lip.

“I saw him get hit, everyone did,” Dee says. “It caught him in the mouth. He punched him good.”

Just at that moment, a police officer was driving past and looking directly into the bar, Dee says. The patrolmen called for back up and “suddenly nine cop cars were there.

“They handcuffed both of them and asked Shia if he wanted to press charges. He said no.Then they asked the other guy and he said no too, so they let them go and they went on their separate ways.”

Shia is in the Mad Bull’s Tavern at least once a week and usually stays all night, reveals Dee, who works nearby and is a Mad Bull’s regular himself.

“The bar staff call him the ‘Unibomber’ because he always comes in with his hood up, wearing a hat or glasses and a scruffy beard.”

Dee calls the actor’s friends a “bunch of a**holes. They are all in their early 20s and get loaded with him.”

What do you think the story is? 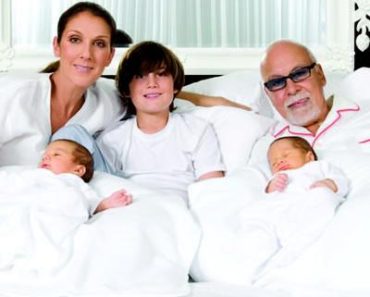