You may know Teyana Taylor from My Super Sweet Sixteen, but she is also a singer and actress but to her victim she is known for giving her a beat down! Teyana was allegedly involved in a rumble when she heard another woman diss her friend, Chris Brown and proceeded to punch Â andÂ kickÂ her.

Teyana Taylor — an R&B singer who was once featured on “My Super Sweet 16” — has been named as a suspect in a ferocious girl-on-girl beatdown … TMZ has learned.

Law enforcement sources tell us … Taylor was hanging out at a recording studio in Burbank Saturday night when another woman made a comment regarding Teyana’s friend Chris Brown.

We’re told Teyana allegedly flipped out — and punched the other woman in the face multiple times … sending the woman crashing to the floor … where Teyana proceeded to kick her in the stomach and head with her boots.

Cops were called to the scene … but Teyana had already left the building.

We’re told the victim sustained several nasty scrapes and swelling around her face.

Police sources tell us they’re investigating the incident — and would like to speak with Taylor ASAP — but so far, no charges have been filed against her.

Attempts to reach Teyana were unsuccessful. 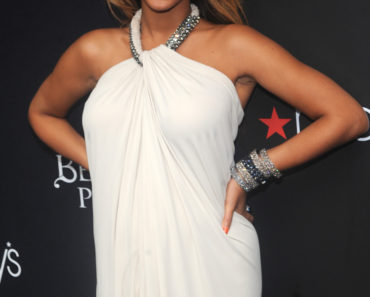