A rep for the Sitch clarified to E! News, however, that the letter has nothing to do with Abercrombie’s offer last month to pay the former Dancing With the Stars contestant to not wear its clothingâ€”its only aim is to deal with the purported copyright violations.

Three weeks ago, the clothier put out a press release that seeing the MTV personality don their khakis and collars on TV “could cause significant damage to our image.”

So the folks at Fitch offered to pay all the misbehavin’ members of the cast, including Sitch, to stand down from sporting their brand in public.

But Sorrentino’s camp is now accusing the company of having it both ways, on one hand telling him to take a hike from its line of preppy apparel while on the other hand cashing in on his name and rep by marketing T-shirt designs featuring the words “The Fitchuation” and “GTL Fitch.” As Jersey Shore fans well know, GTL stands for “Gym Tan Laundry,” one of the more popular sayings spawned from the hit show. 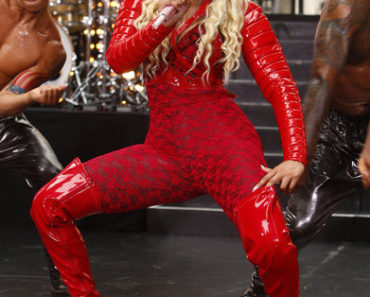