Home
Celebrities
Tila Tequila Was Warned Not To Go On Stage at Concert!
Prev Article Next Article

Tila Tequila was fully warned not to go on stage during the Gathering of the Juggalos concert and she went out anyway and was injured! Umm, I would have listened if I got a warning of impending violence! But it wasn’t just Tila…Method Man was also injured that day!

Tila Tequila should have known that the crowd at the Gathering of the Juggalos was going to pelt her with objects … because according to a member of the Insane Clown Posse, she got a fair warning before the show.

TMZ spoke with ICP member Violent J — who claims the group informed Tila about a rumor circulating within the Juggalo community that Tila was going to be a target when she performed on Friday night.

Violent J tells us, “We told her about the rumor and she didnâ€™t care” … noting that Tila informed the group that she wouldn’t back out of the performance because she’s “not a bitch like that.”

Violent J continued, “We paid her before the show and assured her that even if things got out of hand, she could keep the money if she had to leave the stage.”

Obviously things did get out of control — and Tila took a few shots to the face when the crowd began firing objects at the stage.

J tells us Tila’s people have already informed the group that a “lawsuit is underway” — but ICP insists, “We’re not gonna sit back and give her our money.â€

Still, Violent J tells us he thinks it’s “f*cked up” that the crowd got violent … saying, “I wish they didnâ€™t throw stuff at her.â€ 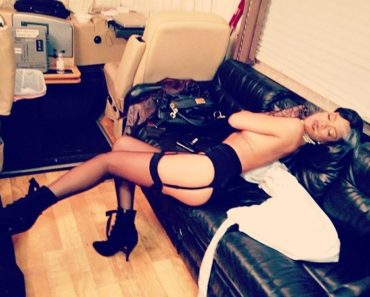