What an embarrassment…for those who purchased tickets to Charlie Sheen’s ( Charlie Sheen LIVE: My Violent Torpedo of Truth) tour an expected an actual show…lol! Well first show at Fox Theatre in DetroitÂ began with erraticÂ behaviorÂ and ended with booing and people walking out…Â success? Probably not!

The people who packed the Fox Theatre in Detroit on Saturday night for Charlie Sheen LIVE: My Violent Torpedo of Truth booed as the actor, who took the stage around 9 p.m., launched into a series of nonsensical rants from behind a podium. (Sheen appeared on stage briefly before his set officially began to quell negative audience reaction to his comedian opening act, though that didn’t stop the early booing.)

In fact, his rants were so nonsensical that even Sheen seemed confused, and he stopped right in the middle of his speech, saying, “Is anybody as confused by this sâ€“â€“ as I am? The good news is, I wrote every word.”

Elsewhere during his main set, Sheen also took questions from the audience and showed multiple video clips, including some of his own screen work, as well as an older film starring Johnny Depp.

“Tonight is an experiment,” Sheen later told the crowd. “You paid your hard-earned money without knowing what this show was about.”

“I figured Detroit was a good place to tell some crack stories,” he said, before asking the audience, “Show of hands â€“ who here has tried crack? Forget that. Who is holding crack right now? I don’t do crack anymore, but I’m just saying.”

In response, the embattled actor told the crowd, “Tell the guy next to you booing to shut the fâ€“â€“ up because he’s ruining it for the rest of you.”

Many audience members seemed to think Sheen wouldn’t continue with his tour after his less than enthusiastic reception. “We’re happy we came from Toronto to see it here because I don’t think he’ll continue with the rest of his shows,” audience member Richard Carpenter, 45, told PEOPLE. “He’s going to take this as a sign that he’s not going to be received well in other cities.”

Natasha Sutton, 25, of Rochester, Mich., was also less than impressed. “I thought he was pretending he was crazy until tonight,” she told PEOPLE. “It was all crap. We’d rather lose money at the casino than come to another one of his shows.” And Dave Tholen, 45, of Rochester, Mich., echoed the sentiment, calling the evening a “variety show gone wrong.”

For his part, Sheen seemed affected by the crowd response. He never got around to telling certain stories he promised and, at one point, he took out a piece of paper as if to read it, then changed his mind. “I’m not gonna read it with so much disruption,” he said, responding to the lively crowd.

By about 10 p.m., the show was over. And despite the mixed reviews, the Warlock did seem to feel he forged some connection with the crowd. 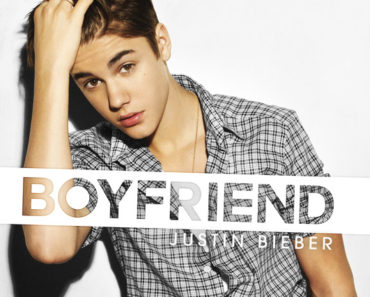