Ali Fedotowsky and her fiancee, Roberto Martinez’s relationship may be on the rocks! Ali and Roberto postponed their wedding over a year ago, but now it may be postponed indefinitely because the couple is allegedly ‘miserable’ together.

It’s been 17 months since Ali Fedotowsky said “yes” to Roberto Martinez’s marriage proposal on The Bachelorette. So, er, when’s the wedding?

Although Fedotowsky, 27, has blamed the postponements on scheduling conflicts and a kickboxing injury, pals tell the new Us Weekly the issues run way deeper than that.

“Their relationship has been tumultuous since day one,” a mutual friend says of the pair, whose nuptials were originally supposed to be a live ABC TV special. “They’re either extremely happy or they can’t stand each other.”

Stressed by long, hectic work hours and more, the duo (now living in San Diego) are prone to big-time fights. “They bring out the worst in each other,” another source says.

After one especially ugly spat, “Ali was in tears,” a friend says. “She’s miserable in the relationship and he is too.” 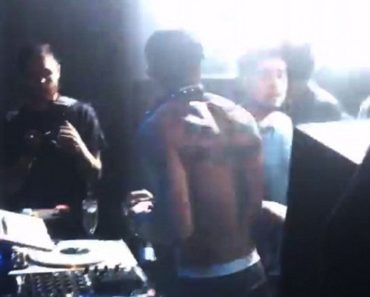