Amber Heard is reportedly fearful of her husband Johnny Depp and was granted a temporary restraining order by an L.A. judge on Friday. The starlet, “I am extremely afraid of Johnny and for my safety.”She added, “His relationship with reality oscillates. Depending on his interaction with alcohol and drugs. Johnny has a long-held and widely-acknowledged public and private history of drug and alcohol abuse. He has a short fuse. He is often paranoid and his temper is exceptionally scary.”

Amber and Johnny were married for 15 months before she abruptly filed for divorce on Monday and then claimed domestic violence.

Amber also cited another incident her birthday in April.

“On Saturday, April 21, 2016, I celebrated my birthday with friends and family at the (Downtown LA) residence. As everyone was preparing to leave, Johnny showed up inebriated and high. After my guests left, Johnny and I had a discussion about his absence from my birthday celebration which deteriorated into a bad argument that started with Johnny throwing a magnum size bottle of champagne against the wall and a wine glass on me and the floor.

Johnny was also screaming and threatening me, taunting for me to stand up. After several minutes, Johnny stormed out of the condominium, not before tossing aside and breaking nearly everything in his path. I did not see him for another month.”

“The next time I saw him was on May 21, 2016. He arrived at the (Downtown LA) residence at approximately 7:15pm. He was inebriated and high…When Johnny arrived at first, we were having a peaceful conversation in our living room about his mother’s passing as I tried to comfort him while we sat on the couch. Suddenly he began obsessing about something that was untrue and his demeanor changed dramatically. He became extremely angry. I tried to calm Johnny down by calling one of his trusted employees to alleviate his misplaced concerns, but it did not work.

Johnny was becoming increasingly enraged. I began to have concerns for my safety and sent a text to my friend Raquel was in the condominium next door. I texted her and told her to come over. As Johnny continued to rant in an aggressive and incoherent manner, he then demanded we call our friend Tillet Wright (“iO”) to prove his paranoid and irrational accusations about delusion he was having.

As my call to iO went through on speaker phone, Johnny ripped the cell phone from my hand and began screaming profanities and insults at iO. I heard iO yell at me to get out of the house. Johnny then grabbed the cell phone, wound up his arm like a baseball pitcher and threw the cell phone at me striking my cheek and with great force.

I immediately covered my face and was crying because of the pain resulting from the phone hitting me. Johnny charged at me, insisting on seeing my face. He taunted me, challenged whether or not the cell phone actually hit me. He then forceably pulled back my hair as attempted to stand up from the sofa. I then yelled out ‘Call 911’ hoping it would be heard by iO who was still on the phone. Johnny continued screaming at me, pulling my hair, striking me and violently grabbing my face.

Raquel entered the condominium using the key i had previously provided to her. I then escaped Johnny’s grasp as he momentarily seemed distracted by Raquel’s entrance. Johnny then charged me again after I had moved to the other side of the room. Raquel ran in between us and begged Johnny to stop. He then slapped away her arms that she had extended in a defensive manner and continued to yell obscenities at her and retreated to the couch. Raquel then came over to cover me in a protective posture. while Johnny then picked up the magnum size bottle of wine he had been drinking out of and he started swinging it around, smashing everything he could.

Johnny then stormed at me once again, demanding that I get up and stand. He did this about ten times — getting closer to me, louder and more threatening each time. Johnny’s security team, that included, Judge Jerry, entered the condominium at this time, but they stood back without saying or doing anything. I yelled to Jerry to please help me and told him that if Johnny hit me one more time I was going to call the police.Ii heard Jerry say, ‘Boss, Please.’

As Johnny went down the hallway, he smashed another bottle of wine and then went into the adjoining condominium unit I use as my office, painting studio and closet I could hear him destroying items of my personal property as he continued screaming. Joshua and Raquel took me into their condominium for safety. Eventually I did not hear Johnny any more.”

Heard’s friend Raquel Pennington also provided a statement, saying. “I ran over and stood in between Johnny and Amber, begging Johnny to stop yelling at her. I put my hands out in a defensive manner motioning him to stop. Johnny slapped my hands away and screamed foul obscenities at me. I then tried to covered Amber up with my body to protect her from him. Johnny picked up a magnum size bottle of wine and began swinging it like a baseball bat. Wine was flying all over the walls.”

Depp’s lawyer says the claims are financially motivated. The police who responded to the call say Amber did not appear bruised on the Sunday call and Amber refused to press charges according to TMZ. 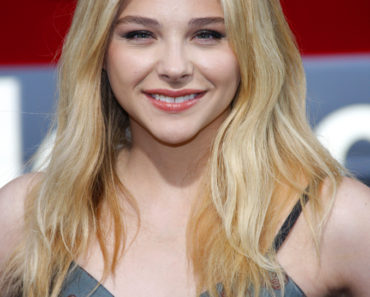 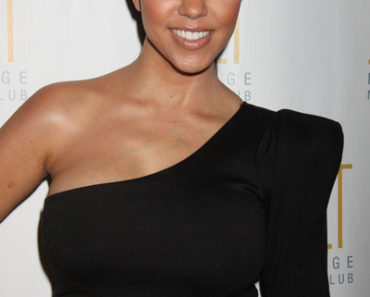